Jarrow March day 24 - arrival of the marchers in London 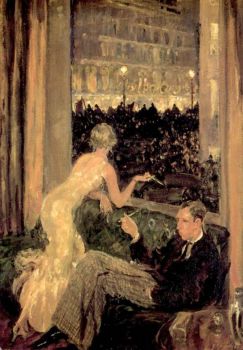 Created by karli Published 28 October 2012
Why this advertisement?

Hi Jen and Phyllis, it will be a different kind of war next time, just wonder who we will fight. We had a shelter outside the front door, there were about four of them on our street. After the war the kids used to play house in them with a candle for a light and only one way out, we never saw the danger. I left school in 1952 and things were still tough. No TV, washing machine, vacuum cleaner, electricity, bathroom - but we did have an outside toilet and a radio. My first job was as a shorthand typist to a solicitor for which I received what my Dad called the princely sum of 30 bob or £1:50p

Hi June, you're not wrong there! My chn have all played with the button tin, and counted all the 1c pieces we'd put in a jar [and their teachers wondered why they were so good at math]I have my mum's diaries June, from 1953. "No money for meat today" and 'Rain, rain, rain, will it ever stop?" "kids noisy today, not good them being inside all day".

We had a tin bath, and mum would heat the water on the coal range, what fun. The WC was out the back and dad had to dig a path through the snow each winter, then there was the Anderson 'Air-raid' shelter in the back garden, dad dug that out. I was born in '42, so don't really remember the war. I still freeze when I hear a siren, and I put that down to Mum's panic when the air-sirens went.

Oh well, those things well past we hope.

This has been a thought-provoking and touching series. A very human slice of history, thank you.

well it wasn't much fun being out of work and no work to get, kids being cold and hungry, wife being miserable but battling on. We are a lot better off today even though there are tough times ahead for a long time. Central heating, indoor toilets, baths that are not rusty, nice cookers, washing machines that do it at the touch of a button. I can remember even in 1954 women would struggle on the bus with a load of washing in a basket going to the wash-house where there was plenty of hot water and boiling of whites facilities. they were charged for the basket on the bus too. flat irons to warm on the fire to just the right temperature. Ironing all smelling nice hanging up from the ceiling to air. And that was just Monday and Tuesday sorted. the men got a day off on Sunday but the women had to cook a big dinner and then wash up while the men had a snooze, not that they hadn't earned it.Friday or Saturday was shopping day on and off buses with loads of bags. Cardboard in the bottom of shoes when they had worn into holes, old socks on kids hands cos nobody had gloves. Oh the good old days, but give me my Grandma's button box and I would play happily for hours. Less expectations led to more happiness.

You paint such a sad picture of life for the workers of that era June. I cannot say with real sense of assurance that things are better today in all cases. But I do definatley agree about the picture fitting in so well, and the have nots etc etc.

Even more so under this government of Hurray Henries ruling over we plebs. Though being led by a man who went to Eton and doesn't know what Magna Carta means doesn't fill me with any awe of their superiority

sadly it does, and still would

The picture fits the story perfectly.......

A march of four hundred Glaswegians was also underway at the same time as the Jarrow Crusade, but it did not capture public imagination to the same extent, and the epidemic of marching, at least on the Left, was more or less over by the end of 1936. Opulent Londoners were not interested in the Marchers