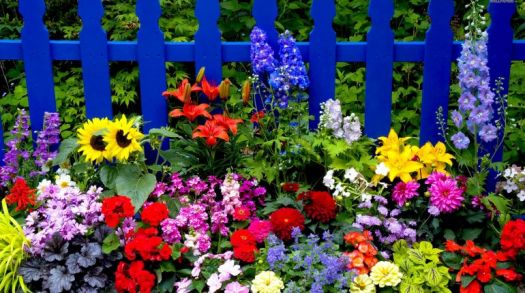 Everything is green but nothing wants to bloom :(
Created by Mazy Published 11 July 2019
Why this advertisement?

But you thought it! And that's what counts.
A priceless thought!
Back in the '70's when at U of Waterloo I had classmates who spent some work terms at Raytheon. They were engineering assistants in radar circuitry design, testing etc. At the time I thought- well, complex math, finicky high frequency construction, high power danger... not for me. (The lab instructors had carefully warned us in the microwave courses, don't walk in front of those little rectangular tubes when the power's on, or you could be sterilized and never know it until it's too late.)
Didn't know how much capital was behind the whole empire. Just avoided it too, for less entertaining reasons!

completely useless information truth be known! and I guess I didn't get fired, I got conveniently laid off at the end of the busy season. Washington's secretary actually said to me "Do you not know what he's WORTH?!?" and I bit my tongue and did NOT say, "Avoiding?"

it was mostly Canadians and English at the hostel, but everyone was gobsmacked.

The director of photography of the film Zahn was on was at the party, and he's a big name, as was the producer.

I've also flown in Michelle Pfeiffer & husband David E. Kelley's (another huge name as writer and producer of a zillion things including Big Little Lies, Chicago Hope, LA Law, Ally McBeal, etc) float plane which they kept (at least at the time) in BC - their personal pilot owed a friend of mine's husband a favour, and his employers had him fly regularly to keep his skills sharp. So he took my friend and me out to an island off Vancouver Island where we did a week long shore / beach hike, saw no other people, heard wolves and saw their tracks at our tents in the morning, and then he picked us up at the end of the 'trail'.

So I've met no one but Zahn and actor (credits include Saving Private Ryan) / director / writer / producer Edward Burns (whose then girlfriend Christy Turlington - also an actor and director - now wife, was waiting for him outside as he paid for a charter float plane flight with me). Zahn was sort of spacey but Burns was pleasantly normal.

Oh and at that same float plane base job I spoke to Dennis Washington on the phone, owner of Ratheon and Seaspan and half of the USA - currently listed as a net worth of $6.1 billion - when I talked to him I was told he was one of the 3 richest people in the US. He was quite douchey and I probably got fired because I didn't like his tone.

So between all that - oh, and I flew THE Stanley Cup as cargo on a flight once - I also flew Chris Hansen, lovely, lovely man - I'm probably connected through one or two links to a lot of influential people I will never nor have never met LOL! so the degrees of separation thing is very interesting but not worth much hey!

Awesome ♥♥♥♫☼
So you might know someone who knows Paulo Costanzo? Then you'd be 2 links from me!
Can you remember what the Tazzies had to say about your school?!

when I was hitch hiking around Tasmania I was staying in a youth hostel watching TV on a rainy grey day with others when a movie came on that was filmed in my high school.

I met Steve Zahn at a party and if I do the "degrees of Kevin Bacon" through having met him, I'm only 1 or 2 links to everyone in Hollywood.

Not lazy, just got your priorities straight.
P.S. to my "At least" comment -- that would be Cold Comfort.

Cool!! I knew a fella from Nova Scotia who had watched some of the filming of The Bay Boy (an early Kiefer Sutherland movie) in his home town of Glace Bay. Awestruck, I was... and you just matched him for every bragging point.

(At least you didn't come up with "I can see Russia from my house!")

I can see Paradise Ranch (where the filming took place and where the writer/director of the film grew up) from my yard.

Also lived in the Maldives for a couple years and unless I am staying in one of the high end very expensive resorts I am never going back to that soul destroying place!!

We'd be extremely sad to lose you. Even though with Jigidi, you'd still be around, in a way.
Don't plan on going too close to the equator. Look at the heat wave difficulties in India and France, for starters. And the rising sea levels in the Maldives, and even in Venice. Maybe just Victoria/Esquimault?

And Mazy, give summer a chance. I've never been to the Okanagan, just over it, but got a good sense from that old movie "My American Cousin". It had some perfect summer days. It was heartwarming to see a story from thousands of miles away that felt like it was from right next door.

nope this was an internet find. I suspect those flowers are all being forced in individual pots - or are cut - cause this is a little TOO packed together!

I am feeling the speeding up of the sun moving south and it really bothers me - wait all winter to enjoy summer then don't get a summer! ripoff! I'll have to find a way to move to somewhere near or south of the equator. Can't bear another Canadian winter!!

Yup, if you go in via your "Mazy" link - just after the CREATE link - you can change a puzzle name, and it appears with the new name to everyone.

Yeah, "caught my eye" did kinda fizzle, eh. Will plan more carefully if there's ever a next time.
You could try renaming each of these 4, adding "- part 1 of 4", etc. and see if they come up with the new names from then on. Sometimes Jigidi pleasantly surprises me that way.

Sure, we'd be happy to bottle our weather this month & send some along, if only! Highs from 22C to 29C, only occasional rain. And there've been lots of really amazing free-spirit clouds in bright blue skies for several days. Spring was disappointingly cool, but then anything's better than more snow, ice and slush! And it looks like 7 to 9 more weeks of paradise.

I'll be soaking it all in, trying to hold on to as much health, optimism & exuberance as this enduring frame can contain. It'll help to repel the worst of the darker months to come.

Were these flowers yours? They're rejuvenating! Just looking at this pic takes me back to age 25, or even 10. My mom had phlox that gave the whole back yard a dreamy fragrance, and my dad grew lilac hedges, just as seductive when in flower.
I've yet to master how to coax them to all flourish & thrive so close together.

LOL I know of the Burma shave ads, but well before me, for sure.

Not sure if this mode of telling a story works though as no one knows there are 3 others unless they see them in sequence. Kind of hard to tell a story, like your 'caught my eye' joke!

It has been unseasonably rainy and nothing is really growing here in wine and fire country, SW BC. But it's a pleasant change from blistering heat and fires and smoke. May was very hot. Of course now it's a little sweltering with the humidity (which we do not have here any time of year) but...

I am ready for flowers, and beach weather! and not looking pasty.

How has it been this spring summer out east?

Oops... it all makes sense now. Very well done suspense series, Mazy! You could've been a writer for the Burma Shave road signs, back well before my day.
https://www.pinterest.ca/Skyywoman/burma-shave-road-signs/