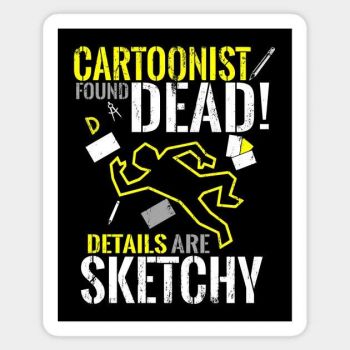 Got it. Thanks, Bonnie.

Garfield is an American comic strip created by Jim Davis. Originally published locally as Jon in 1976, then in nationwide syndication from 1978 as Garfield, it chronicles the life of the title character, Garfield the cat; Jon Arbuckle, his human owner; and Odie, the dog. As of 2013, it was syndicated in roughly 2,580 newspapers and journals, and held the Guinness World Record for being the world's most widely syndicated comic strip.
Though this is rarely mentioned in print, Garfield is set in Jim Davis' hometown of Muncie, Indiana, according to the television special Happy Birthday, Garfield. Common themes in the strip include Garfield's laziness, obsessive eating, love of coffee and lasagne, disdain of Mondays, and diets. Garfield is also shown to manipulate people to get whatever he wants. The strip's focus is mostly on the interactions among Garfield, Jon, and Odie, but other recurring minor characters appearing as well. Originally created with the intentions to "come up with a good, marketable character", Garfield has spawned merchandise earning $750 million to $1 billion annually. In addition to the various merchandise and commercial tie-ins, the strip has spawned several animated television specials, two animated television series, two theatrical feature-length live-action/CGI animated films, and three fully CGI animated direct-to-video films.
Part of the strip's broad pop cultural appeal is due to its lack of social or political commentary; though this was Davis's original intention, he also admitted that his "grasp of politics isn't strong", joking that, for many years, he thought "OPEC was a denture adhesive".
On August 6, 2019, New York City-based ViacomCBS announced that it would acquire Paws, Inc., including the rights to the Garfield franchise (the comics, merchandise and animated cartoons). Jim Davis will continue to make comics, and a new Garfield animated series is in production for ViacomCBS subsidiary Nickelodeon.

Well done, in advance one and all :))

Met him at a trade show. Have a signed MMPHHH poster from him somewhere.

:::Foraging through boxes of stuff:::

My favorites are: Pogo, Li'l Abner, Bloom County and Calvin And Hobbes. None of which are actively running, except for the occational new Bloom County on line.

I love Calvin and Hobbes! And Hägar!! Groaners included, and rich in human psychologie.
Jim Davis-- must guess though...

Think I have this one. Thanks, Bonnie.

Jim Davis, I got this.

Knock, knock.
Who’s there?
Europe.
Europe who?
No I’m not!