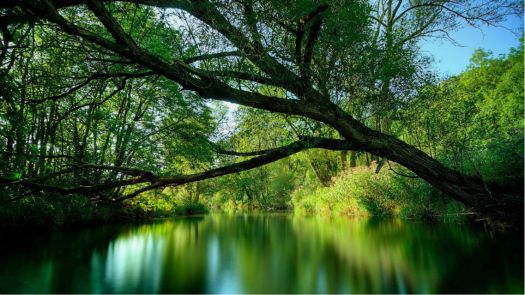 Yes I will, Andie ♥ Beth

You'll be going away soon ,have a good trip and enjoy your stay in Amsterdam.And if you happen to come to France,do post a message.
Andie

Actually Beth I mixed up the words of two different people.
Steven Forbes being interviewed on Fox News about the level of the oceans rising dramatically declared :"To change the way we behave because something's going to happen in 100 years'time seems to me very odd."
And the manager of the biggest trade union for meat said :"what's important is that we sell our meat,what's going to happen in 50 years is none of our business.
Give Caesar what belongs to Caesar. Done.

Yes,I will go on supporting all those NGO who try their best to mobilize us in favour of the protection of our environment,I will go on buying environment-friendly products,and signing petitions to protect animals, although I sometimes feel disheartened when confronted with the lack of good will of all governments with just one goal in mind : making more money .

Andie, I have listened to the video several times. It is really good, in my opinion. I hope more and more people become activists when it comes to the environment. It's all about money, so it's a hard task when the playing field is so "unlevel".

Beth ,I cried when I watched the video ,it's so very true and this man's voice is so moving..
In an interview Steven Forbes spontaneously said a few months ago : "there are so many problems just now,why should we care about what's going to happen in 50 years' time ?"AWFUL !
It breaks my heart to see what we have been doing to the Earth within such a short time.
Not to use crude oil for heating public buildings they have turned to using ...wood ,and now even here in our small village they have cut down big areas of our forest.Renewable energies ? waves,wind ,sun we have them all but cutting down trees is so much easier...Yes,I too ,am very sorry !

Andie - You Tube has now made the video private for some reason. It is very good!! I will see if I can access it any other way.

Annetta, I answered on your page :-)) Beth

Annetta: I have written to you under my photo of strand Zuid-Holland. I can translate it in German?

BTW I couldn't get access to your video ,it's "private"..

Yes,we were glad too Beth ,at least it's a step in favour of the well-being of animals in general ,but for farm animals there's A LOT to be done and everytime jobs -money actually-are put forward..
Have a good day
Andie.

Andie, I am so glad for the new French law that recognizes the sensitivity of animals!! Beth

What a beautiful picture,lovely scenery , so peaceful ! thanks for sharing, Beth.
I too ,keep signing petitions to preserve our environment and protect animals (the latest one today to stop the extension -couldn't prevent its creation despite our efforts- of a farm in which 1000 cows are penned up inside a building,never to see a field or the daylight. All this for money's sake! .There's a Native chief's saying : "when the last river has been poisoned and the last fish caught man will realize he can't eat money "!
But there's some progress,as I was saying the other day about another puzzle we now have a law in France stating that animals are "living,sensitive beings " and don't belong to the "real estate category" any more.It's not a revolution but people are now aware that those being cruel to animals will be made accountable for it.

this is a gorgeous picture and i share your sentiments. i support a number of organizations that are fighting to make things better. we can't just leave it up to the younger generation though. all generations have to be involved. i think a lot of kids are very interested in the environment and protecting animals but somewhere around 16 or so too many of them lose that interest and become consumed with other things. like having things. it's good to spread the word on jigidi, but i have to tone it down a little more than i would like to.

Hope you are right, Suzy. Earth Day plus the Five year Anniversary of the Gulf Oil Spill have made me a little concerned that we (mostly the US) won't wake up in time! It's just that our whole society, in every area, seems so dominated by the power of and attraction to money - it's just amazing. Whenever I see things going wrong and try to trace them down to the cause - money. It's always money. Oh yeah, didn't someone already say "the love of money is the root of all evil"
Ooops, need to get down from that soapbox now LOL

I have faith in our current young generation to take on (and work around) the current "5% - ers" - the giant corporations, the oil companies, whatever is at the root of this destruction in the name of progress, to preserve our natural resources before they are all gone. . .