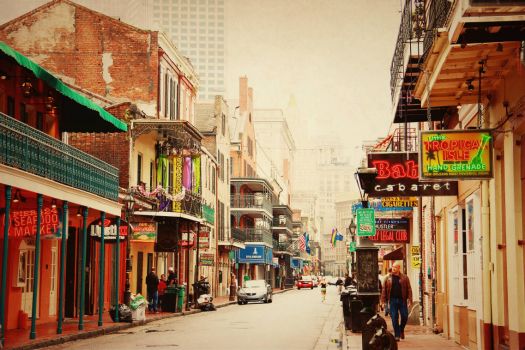 My wish to return ever present. Should have never left.
Joe. This TailGate Ramble is what you'll soon be doing.


I've spent many an hour here. Wish I still could.
Created by klocowolf Published 26 September 2016

I attended some of them from the early 70's to the last one in the middle 90s. By then they were just a mass drunk fest. I got robbed of one trip and because I was known, was lucky to recover one item. Back then many people knew me all across the state and there were a lot who wanted me to run for a state office. But I'm to independent to be tired to one style of governance and and thats what it would have become. I declined, but as the years rolled, I was always asked it when I was there. So when this occurred, he no sooner tried pawned it when he was arrested. For a big citys in Louisiana they were/are or were back then, small and very tight knit communities.
Mardi Gras is as much a celebration of life as the retirement of evil. But since I am not into story tales of promises not kept, well I just work on the side that is seen. Liars abound in many places.
Robin thanks for dredging up some of those times from me. Bigger is not always better. It's about how one uses their time and talents.

Thanks Robin. It is now a lost time. The girls are more into flashing body parts rather than the events. The events have become so over blown, they are working on them almost two years in advance. There is no more room for the revelers and it is a health hazard to attend. I am more than happy to enjoy the off seasons. But the stupidity of Mardi Gras attendees: I will leave them to their own demise.
I do have it in my last wishes to a NO send style funeral march. But only if there is enough $. Other wise the bayou will me my resting place. Which one, is a secret.

I loved it also ken........I remember walking down this street.....so many nooks and crannies..and mardi gras was a special treat ....I just loved it....and I saw fats domino...he was my fav when I was little....I couldn't believe my luck.....great memories......thanks....
ps.I know these are old but I just happened to be going through your site....it is very interesting..robin

Now I understand why Dave felt like it his stay was a week, but I never associated the street with Mardi Gras. Now everything comes together.☺

Lively yes, I'm surprised you've never heard of it. It is the city of Mardi Gras and this street is so packed with partiers that is almost impossible to negotiate. I been to Mardi Gras more than my share and would not return for that craziness. Once was enough, twice was not smart, the remainder just because I couldn't avoid it. My Aunt lived in the Quarter and I stayed there while visiting her and on business. We finally changed the times I would come to avoid it. I last saw her was in the late 80s.

Sorry Ken, I have never heard to Bourbon Street, but from the link with the great music I gather this is New Orleans. Yes a very very lively place.☺☺

Sounds beautiful! ... and I may be wrong, but I though 'Fats Domino' was from here, as well??? (A fave of mine) I'll probably never get there, but one can dream. Thanks Ken.

If you know where to go, you can have the time of your life, with out the negative influences. One can sit and have a picnic lunch, in Jackson Sq., listening to the street musicians. Music is the towns soul. There is no other city in the world more influential than this one to music. Since music is what keys my memories, it is no wonder I find this city so compelling. So as the music is so free, so is life and all the parts of it.

Did it seem like a week in just one night Dave?