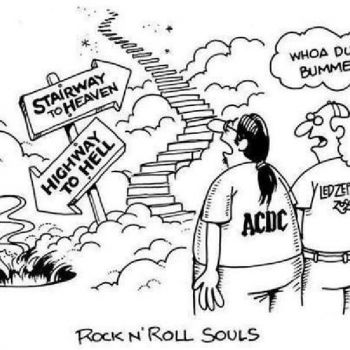 I am busy on Friday (tomorrow) so will be posting the answers this time on Saturday. I'll miss you.

Which of these is the album that ‘’stairway to heaven originally appeared on?
a) Led Zeppelin II
b) Led Zeppelin IV
c) Presence
d) Led Zeppelin III
e) Houses of the Holy
f) Physical Graffiti
z) Hoff’s checking his collection
Created by Stillmanic Published 8 April 2021

The untitled fourth studio album by the English rock band Led Zeppelin, commonly known as Led Zeppelin IV, was released on 8 November 1971 by Atlantic Records. It was produced by guitarist Jimmy Page and recorded between December 1970 and February 1971, mostly in the country house Headley Grange. The album is notable for featuring "Stairway to Heaven", which has been described as the band's signature song.
The informal setting at Headley Grange inspired the band, and allowed them to try different arrangements of material and create songs in a variety of styles. After the band's previous album Led Zeppelin III received lukewarm reviews from critics, they decided their fourth album would officially be untitled, and would be represented instead by four symbols chosen by each band member, without featuring the name or any other details on the cover. Unlike the prior two albums, the band was joined by some guest musicians, such as Fairport Convention vocalist Sandy Denny on "The Battle of Evermore", and Rolling Stones pianist Ian Stewart on "Rock and Roll". As with prior albums, most of the material was written by the band, though there was one cover song, a hard rock re-interpretation of the Memphis Minnie blues song "When the Levee Breaks".
The album was a commercial and critical success and is Led Zeppelin's best-selling, shipping over 37 million copies worldwide. It is one of the best-selling albums in the US, while critics have regularly placed it highly on lists of the greatest albums of all time.

I do not make the news, I report it.

Not good to hear Hoff :(

Second shot has side effects folks, it seems about 50% of people have tremendous reactions, others considerably less.

Knock knock knocking on heaven’s door but nobody is home 🤦‍♀️

I was supposed to get the AZ jab on Monday, but have cancelled it until I can get the Pfitzer. I have a low blood count, which is a factor in getting blood clots. Waiting for another appointment to be sent through.

I be a Pfizer guy and got it way back in Jan and Feb. I had no problem except to raise my arm above my head to reach something. It was gone after 24 hrs.

I got the moderna, and my upper arm was sore for a few hours, and I felt tired so I took a nap for a few hours. Once I woke up the only sore spot was the place the needle went in.
I get the second moderna shot in 4 days.

A friend of a friend is going through it. I’ll pass the info on.

If it saves the life of even one person, it's worth every penny. And it looks like these vaccines will save millions of lives. I really feel for the long haulers (I'd forgotten that name for them) and this looks like it could be the miracle they've been needing.

I hadn’t heard that about the long haulers. That would be great if it helped them.

OK... I believe you're right, Judy, but whatever they inject has the same effect. The doctor I talked to just 2 days ago said that was the principle. The second shot gives your system the challenge and can hit you hard. But not as hard as getting a full blown case of Covid-19. And they have just discovered that for people who have the lingering type of Covid that lasts for months and months, the vaccine has been curing the symptoms! At this point it's just anecdotal, but there have been so many cases of it that they've initiated a study. I haven't heard of it's one specific vaccine that's doing it, or if all are involved. I heard it on NPR (National Public Radio) yesterday.

The Moderna and Pfiser vaccines are mRNA vaccines and do not contain the virus.
I am not a doctor, nor do I play one on TV :-)

Yes I heard from people the second shot is a shocker. Thanks Heidi. Good luck.

I've had my first Moderna shot already (just a little soreness in the arm), and will be getting the second one next Saturday. I've heard from doctors and nurses I've talked to that all the shots can be nasty after the second shot.... which makes sense if it's an effective vaccine. The first shot puts a little bit of the virus in you and then you have a wait while your body starts to make a few antibodies to fight it off. The second shot is a major challenge to those antibodies, and the fight to build up serious antibodies causes nasty reactions and a minor case of the virus. But once it's over, you have strong protection against a serious case of Covid-19. Most vaccines are nearly 100% effective against a case of Covid that requires hospitalization or fatality. I like those odds, and it makes a few days discomfort or illness well worth it.

I know Ellen knows, but I don't. I'm going to try to make a psychic hookup to her and pick her brain for the answer.

My wasband is getting his today. I’m hearing bad stuff about the Moderna.

Just have heard too many horror stories of second Pfizer shot.

She didn’t make it to 90 by being a weakling Hoff. Chin up my friend.

Got Modena. No reaction at all. Not even a sore spot. Hope the second one goes as well sometime at the end of April.

Thanks Bonnie. No idea so the answer is c. LOL

Mom is getting second today, I have my doubts as to tomorrow.

Hi folks. I god my shot Pfizer yesterday. My arm is sore just like a flu shot. Anybody suffer from this? Lol

Yes, but they must have self driving technology.

Guessing. Are handbaskets allowed on the highway?

Ever notice there is a Highway to Hell, yet only a Stairway to Heaven.

Guess we know the traffic pattern.

A grin to Bonnie! And as a Zeppelin fan, I know this one.

At my age 'Getting lucky" means walking into a room and remembering what I went in there for.