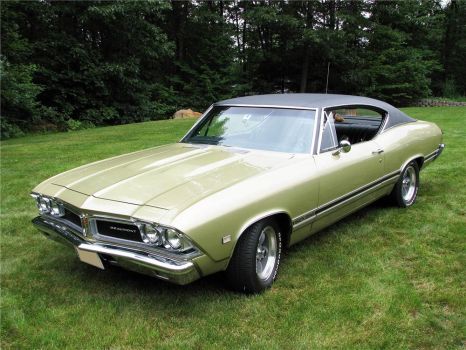 In the 60s they mostly only did that to Novas and Chevelles. Pontiac did have a Sunbird version of the Vega in 1973, and later an Acadian version of the Chevette. Mercury had a Canadian Bobcat a year or more before the American version. Note that Ford made a Mustang-based Mercury Capri in 1979, the Comets of the 70s were mildly modified Mavericks, and look at all the variants of the Monza (Skyhawk etc) and the Nova (Ventura, Omega etc)

Do all the Canadian factory assemblers drink that heavy while working?

Aha! This is the grille I thought I saw in the other pic, but you mentioned that what appeared to be the center divider was actually the bottom trim piece of the grille. I wouldn't have noticed that if you hadn't pointed it out. Thanks

Exactly. Strange what GM does in Canada. Make a few cosmetic changes to a Chevy and sell it as a Pontiac.

looks like a Chevy Malibu, with a different grill.