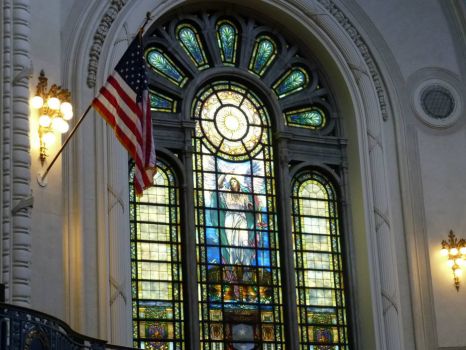 Created by jigidi8962 Published 25 January 2013
Why this advertisement?

Stained glass is very expensive...this is stained glass. However, there are many windows now made of colored glass which is less expensive.

wow. i was going to guess anapolis because of the chapel. i have no clue. thanks jigidi. good series of pix.

I think it might be the Tiffany window of St. Michael the Archangel in the US Naval Academy Chapel?

Hint, US flag and it's in Maryland

Looks a little like a church in New York City.