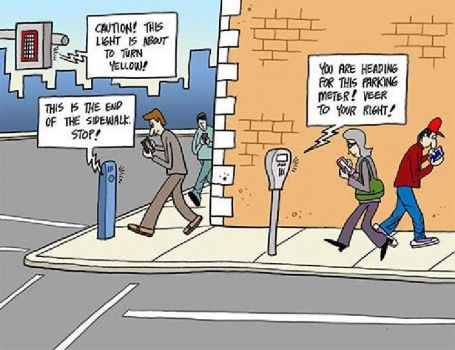 Yes I got this right.

Busan, formerly romanised as Pusan and now officially Busan Metropolitan City, is South Korea's second-most populous city after Seoul, with a population of over 3.5 million inhabitants. It is the economic, cultural and educational centre of south-eastern South Korea, with its port—Korea's busiest and the fifth-busiest in the world—only about 190 kilometres (120 mi) from the Japanese islands of Kyushu and Honshu. The surrounding "Southeast Economic Zone" (including Ulsan and South Gyeongsang) is South Korea's largest industrial area.
Busan is divided into 15 major administrative districts and a single county, together housing a population of approximately 3.6 million. The full metropolitan area, the South-eastern Maritime Industrial Region, has a population of approximately 8 million. The most densely built-up areas of the city are situated in a number of narrow valleys between the Nakdong and the Suyeong Rivers, with mountains separating most of the districts. The Nakdong is Korea's longest river and Busan's Haeundae Beach is also the country's largest.
Busan is a center for international conventions, hosting APEC in 2005. It is also a centre for sports tournaments in Korea, having hosted the 2002 Asian Games and FIFA World Cup. It is home to the world's largest department store, the Shinsegae Centum City. Busan was added to the UNESCO Creative Cities Network as a "City of Film" in December 2014
Mt Geochil (Geochilsan-guk) is recorded as a chiefdom of the Jinhan Confederacy in the 2nd–4th centuries. It was absorbed by Silla and organised as a district (gun). The grave goods excavated from mounded burials at Bokcheon-dong indicate that a complex chiefdom ruled by powerful individuals was present in the Busan area in the 4th century, just as Korea's Three Kingdoms were forming. The mounded burials of Bokcheon-dong were built along the top of a ridge that overlooks a wide area that makes up parts of modern-day Dongnae-gu and Yeonje-gu. Archaeologists excavated more than 250 iron weapons and ingots from Burial No. 38, a wooden chamber tomb at Bokcheon-dong.
From the beginning of the 15th century, the Korean government designated Busan as a trading port with the Japanese and allowed their settlement. Other Japanese settlements in Ulsan and Jinhae diminished later, but the Busan settlement continued until Japan invaded Korea in 1592. After the war, diplomatic relations with the new shogunate in Japan were established in 1607, and Busan was permitted to be reconstructed. The Japanese settlement, though relocated into Choryang later, continued to exist until Korea was exposed to modern diplomacy in 1876. In 1876, Busan became the first international port in Korea under the terms of the Treaty of Ganghwa.
During the Japanese rule, Busan developed into a hub trading port with Japan. Busan was the only city in Korea to adopt the steam tramway before electrification was introduced in 1924.
During the Korean War, Busan was one of only two cities in South Korea not captured by the North Korean army within the first three months of the war, the other being Daegu. As a result, the cities became refugee camp sites for Koreans during the war.
As Busan was one of the few areas in Korea that remained under the control of South Korea throughout the Korean War, for some time it served as a temporary capital of the Republic of Korea. UN troops established a defensive perimeter around the city known as the Pusan Perimeter in the summer and autumn of 1950. Since then, the city has been a self-governing metropolis and has built a strong urban character.
In 1963, Busan separated from Gyeongsangnam-do to become a Directly Governed City (Jikhalsi). In 1983, the provincial capital of Gyeongsangnam-do was moved from Busan to Changwon. In 1995, Busan became a Metropolitan City (Gwangyeoksi).

I could, although some rules change based on location, so it can vary with a move.

Hoff can answer that better than I hippo (~ᴗ❛)

We NEED 5G for Jigidi to work better on smartphones.

Just for fun, I have a return question for you @Stillmanic :

Cow slaughter is banned in law in India. In which OTHER country is it banned?

@cigarman is now on my Groan A-list.

Love the cartoon, Bonnie - I was wondering why we need 5G, now I know...

I have a guess.

I may get this right.

And a joke from sweden, a man shouts out to a smrtphone-zombie, watch out for the window pane, the zombie replied, I don't see one, the moment before he crashed in to it.

Bonnie, some days you quizzes make me think I am totally uneducated. Today is one of them. lol Thanks.

Oh grown I’ve made my decision

I AM one with everything.

Did you hear about the Buddhist monk who went to the dentist for a root canal? He decided not to use anesthesia. He wanted to transcend dental medication.

What did the Buddhist ask the hot dog vendor?


“Make me one with everything.”