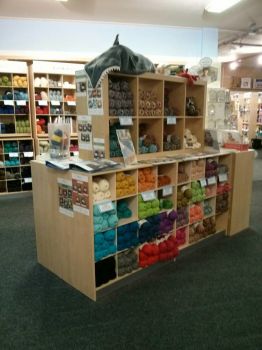 Created by squishy2 Published 2 February 2017
Why this advertisement?

I might watch out for that pat! But, it's very cloudy at the moment here.

SKYWATCH ALERT! Lunar eclipse tonight! The big, round, white, beautiful moon will pass through earth’s shadow at about 7:45 pm Eastern U.S. time, 6:45 Central. That will be a little before 1:00 am in London. Nobody knows or cares what time in Australia because Australia is the only continent on earth that won’t be able to see it!

Rather than becoming a black disk the moon will turn darker and darker, and then begin to lighten again. This is because it’s going to be a penumbral eclipse, not a total eclipse. It will still be fun to watch, though.

Don’t forget, never look directly at an eclipse with your bare eyes. Use a piece of heavily smoked glass or welder’s goggles to protect your eyes, You don’t wanna go blind! ☺

It also serves as a reason to think about the relative importance of celestial objects. For instance, which is more important, the sun or the moon? Obviously - - - it's the MOON. Why, you ask? At night, when it's dark, the moon is the only thing up there giving us any light by which to see, whereas in the daytime, in broad daylight, who needs the sun?

Sometimes I wish we could see the ripples our lives create. That war changed so many lives - glad you're still here patsquire, happy anniversary. (Sorry for the off-topic.)

You're right, who ever really knows?

pat
you were/are truly blessed. there are no coincidences as far as I can see. Even in my own life. You are an enlightening figure to be listened to. I am so sure I have many reasons to be here at this time. My heart once stopped from an otc cold med, and since then my life changed, although I was very young it took me a while to connect that event with everyday communication with many people. You may be a conduit for people you don't even know.

While it's still February 2 let me share some joy with everyone. Today is the 48th anniversary of the day in Vietnam that I waltzed right up in front of an enemy machine gun bunker, squatted down and held still for a couple of seconds while some North Vietnamese gunner took careful aim and shot me straight through the heart and lungs! HA-HA! But surprise, surprise, just like the bible in the coat pocket in an old western cowboy movie, I had a hand grenade hanging on my webgear that stopped the bullet and here I am all these years later still bragging about it!

Wow, if all those skeins were made by hand, that's many hours of work!

A happy place, thanks.