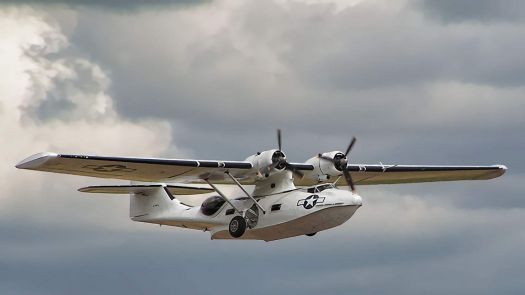 Duxford 2006
Created by eddy07 Published 21 November 2020
Why this advertisement?

Pass on my thanks and admiration to your fa ther for me "wildwing"please,he was
a very brave man.

In the late 50's dad, in the course of doing business met a German. They hit it off and had coffee together. The German admitted he was a former submariner. He said there theatre of war was relatively easy. The biggest problem they had was that they had to surface occasionally to recharge their batteries. Every time they did it seemed those damn catalinas were waiting for them. By the way he went on, what did you do? Of course father replied, i was in the damn catalina.

This is the plane my father flew for the RAF in WW2. He was based in Gibralter and flew convoy patrol looking for German uboats. He was credited with sinking two of them with depth charges. There are still three PBYs based in Parry Sound, Ontario. They are used as water bombers fighting forest fires. Thanks for the photo!