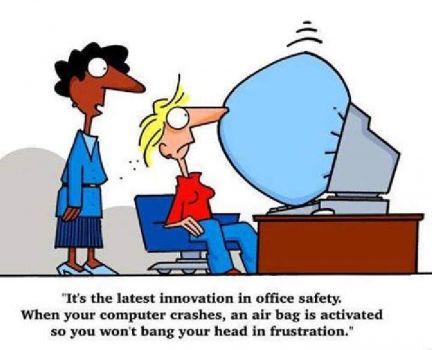 Which of these is the name of the first electronic general purpose computer?
a) ENIAC
b) EGPC
c) ERNIC
d) ERINP
e) ELICP
f) EDINC
z) Hoff digging out the manual
Created by Stillmanic Published 2 August 2021

Tricksy? What are you Gollum pony?

I put EGPC in on purpose, the rest (apart from ENIAC) were just random letters 😉

Don`t You think she`s impressed by that, @hippo

Got it ! Thanks, Bonnie.

electronic general purpose computer seemed like EGPC, so I chose b).

ENIAC (Electronic Numerical Integrator and Computer) was the first programmable, electronic, general-purpose digital computer. It was Turing-complete and able to solve "a large class of numerical problems" through reprogramming.
Although ENIAC was designed and primarily used to calculate artillery firing tables for the United States Army's Ballistic Research Laboratory (which later became a part of the Army Research Laboratory), its first program was a study of the feasibility of the thermonuclear weapon.
ENIAC was completed in 1945 and first put to work for practical purposes on December 10, 1945.
ENIAC was formally dedicated at the University of Pennsylvania on February 15, 1946, and was heralded as a "Giant Brain" by the press. It had a speed on the order of one thousand times faster than that of electro-mechanical machines; this computational power, coupled with general-purpose programmability, excited scientists and industrialists alike. The combination of speed and programmability allowed for thousands more calculations for problems, as ENIAC calculated a trajectory in 30 seconds that took a human 20 hours (allowing one ENIAC to displace 2,400 humans). The completed machine was announced to the public the evening of February 14, 1946, and formally dedicated the next day at the University of Pennsylvania, having cost almost $500,000 (approximately equivalent to $7,283,000 in 2020). It was formally accepted by the U.S. Army Ordnance Corps in July 1946. ENIAC was shut down on November 9, 1946, for a refurbishment and a memory upgrade, and was transferred to Aberdeen Proving Ground, Maryland in 1947. There, on July 29, 1947, it was turned on and was in continuous operation until 11:45 p.m. on October 2, 1955.

@manicpuzzler, there’s another version of that joke...

Q. What’s the difference between a lawyer and a catfish?
A. One’s a scum-sucking bottom dweller. The other is a type of fish.

I agree with hippo!

I also know the answer. Sometimes it pays to be a nerd!

Ooh I think that politician/snail comparison is terrible!

It raises the politician almost to the level of a humble harmless-ish mollusc...

One of those terms jumped out at me. Thanks, Bonnie.

I believe I've heard this before..... maybe in a Vonnegut book?

No idea at the moment

LOL to the cartoon AND your joke, Bonnie.

Whats the difference between a politician and a snail?
One is slimy, a pest, and leaves a trail everywhere and the other is a snail.