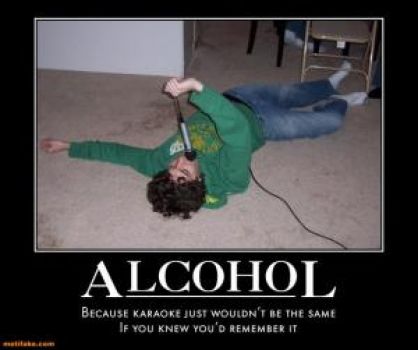 I will have to try that sometime.

If you watch 'Jaws' backwards it's a movie about a shark that keeps throwing up people until they have to open a beach.

Smile, you son of a bitch!

It was a great film, I think it should be re-released. Same film but tweaked with modern shark special effects. I think the (bad) chemistry between the actors actually made the film better. A complete remake would not be good.

I need to have something in the foreground to give it some scale!

"Stop playing with yourself" was a great throwaway line, considering he was playing solitaire at the time.

Not drinking buddies in real life then, you're raining on my parade Max.

Shaw was not a well behaved actor on set. Often coming in after drinking.


Stop playing with yourself, Hooper. Slow ahead, if you please.

One other thing I remember from the movie (trivia):

Dreyfuss and Shaw (Hooper and Quint) did NOT get along in real life. It was easy for their acting to be viewed as testy towards each other.

There have been over 150 shark sightings off of Cape Cod this summer. Too close to the beaches!

No it did not, (at all really). Still, a remarkable and lasting classic that still has a grip on oceanside communities.

Here lies the body of Mary Lee; died at the age of a hundred and three. For fifteen years she kept her virginity; not a bad record for this vicinity.

Show me the way to go home / I'm tired and I want to go to bed...Hooper, Quint, Brody: I had a little drink about an hour ago and it got right to my head... Wherever I may roam... by land or sea or foam...

Please stop before you get to the scary part.

Y'all know me. Know how I earn a livin'. I'll catch this bird for you, but it ain't gonna be easy. Bad fish. Not like going down the pond chasin' bluegills and tommycods. This shark, swallow you whole. Little shakin', little tenderizin', an' down you go. And we gotta do it quick, that'll bring back your tourists, put all your businesses on a payin' basis. But it's not gonna be pleasant. I value my neck a lot more than three thousand bucks, chief. I'll find him for three, but I'll catch him, and kill him, for ten. But you've gotta make up your minds. If you want to stay alive, then ante up. If you want to play it cheap, be on welfare the whole winter. I don't want no volunteers, I don't want no mates, there's just too many captains on this island. $10,000 for me by myself. For that you get the head, the tail, the whole damn thing.

(True fact trivia: The actor who portrayed the 'Kintner boy' in adulthood opened a seafood restaurant.)

This was no boating accident.

“Now look fellas, let’s be reasonable, huh? This is not the time or the place to perform some sort of half ass autopsy on a fish. And I am not going to stand here and see that thing cut open, and see that little Kintner boy spill out all over the dock!”

Farewell and adieu to you, Spanish ladies.

Well. Quint could track if down for three thousand. But to kill it, it will cost you ten!

The eels are 'currently ' protesting about being used in such a manner. Shocking I know!

Maybe use an eel to shock it out?

Trying to lure it back to its natural environment will not work. Most likely, you will lure out others and create an epidemic.

I am going to have to put the radio on!

No, spearworming is illegal in many areas of the world.

Yes! Me too Bonnie, I had an earworm all day yesterday.

I'd not recommend trying to spear it out.

Another method. I find that getting the catfish to bite can sometimes be a bit tricky, but if you can, that method works as well.

You could try fishing it out? Hold a catfish up to your ear.

You really have to shove something in there really hard. You may lose your hearing for a bit, but small price to pay.

A little pesticide applied directly inside ear canal should fix that......

Yup, that be the one.

"King of the Road" is a song written and originally recorded in November 1964 by country singer Roger Miller. The lyrics tell of the day-to-day life of a vagabond hobo who, despite being poor (a "man of means by no means"), revels in his freedom, describing himself humorously as the "king of the road". It was Miller's fifth single for Smash Records.
The popular crossover record hit No. 1 on the US Country chart, No. 4 on the Billboard Hot 100, and No. 1 on the Easy Listening surveys. It was also No. 1 in the UK Singles Chart, and in Norway. Miller recalled that the song was inspired when he was driving and saw a sign on the side of a barn that read, "Trailers for sale or rent". This would become the opening line of the song.
The song has been covered by many other artists, including George Jones, Dean Martin, Val Doonican, Jack Jones, James Booker, The Fabulous Echoes, Boney M., R.E.M., Johnny Paycheck, Glen Campbell, Alvin and the Chipmunks, Boxcar Willie, Randy Travis, Rangers, James Kilbane, John Stevens, the Statler Brothers, Rufus Wainwright & Teddy Thompson, Giant Sand, Peligro, The Proclaimers, Ray Conniff Singers, The Reverend Horton Heat, Jerry Lee Lewis, and Jim White. James "The King" Brown (an Elvis impersonator) performed the song for a 2001 Audi commercial on German TV. Of R.E.M.'s version, a shambolic, drunken, offhand rendering, guitarist Peter Buck would later comment, "If there was any justice in the world, Roger Miller should be able to sue for what we did to this song."

Well, he wanted to live on those islands in the stream.

What! But I asked him to be my neighbor!

They did when then changed him into Fred Rogers.

I hate it when they do that! They never did that to Kenny Rogers!

You were not wrong Max, they simply changed his location after you had correctly posted it.

Yes. And I was wrong--he's from Texas. The same 'four things to do' plus one (discuss the 'Horns) applied to Fort Worth during Roger's childhood.

I do my best. Roger Miller was Merican!!

I missed it, too, at first, lol. msbonne slipped that one in the very cleverly.

(What would Roger Miller think of all this?)

You're dangerously close to the Serengeti, my friend. I hope you've been vaccinated fro Ebola...

I sea a lion, a referee, a long necked horse, a large hog with a tusk, and some sort of Giant pig (or something), has a really ling nose that moves around.

I love a safari.

Then keep it up! Safari, so good.

Of course we did. We needed someplace to go on safaris.

(My closest relatives are so very clever!)

So if humans first evolved in Africa...you're saying we invented Africa, too? Neato!

Well, as I am Merican, I KNOW that the only proper numbers come from here. I believe we invented maths. Everybody knows Merica invented nearly everything - Fire, the wheel, walking upright, the Euro, etc.. The list goes on and on. Therefore, the only proper billion is 1,000,000,000.

(Good! The more re-directs, the less likely it is for someone to solve this!)

Yup, that would be the four.

Well, Roger was from Oklahoma. At the time, there were only four things to do there:

Hard to believe, that these celebrity chain smokers all died early. Do you suppose it was the stress of fame?

Yep. Yet another chain smoker that died way too young (56).

I think he had a rowdy version of "King of the Road", too, but don't remember the lyrics. He was very funny and not at all stuck on himself.

I was going to say that I hope Roger got permission to cover Kenny Rogers' song ("Ruby...") -- but then I remembered that K.R. didn't write it. (Mel Tillis did.)

PD, that is a great story. He always seemed to be a nice guy.

Ellen - that's a wonderful memory you carry around with you. Millions of us wish we'd had the opportunity to meet Elvis - I bet he remembered you as well !! (❀ᴗ❀)

Bubble, be sure and drain it properly, lol.

Ran into him at the Exit Inn, which was a famous night spot in Nashville. He invited 5 or 6 of us to his motel room as he was wound up and wanted to relax. He sang HIS version of several of his songs which tended to be a bit rowdy. For example, HIS version of "Ruby" went, "She painted up her hips and rolled and curled her pubic hair". After a while, he said that he really needed to get some sleep as he was playing at the Grand Old Opry the next day, but was too keyed up to sleep. I told him that I could put him out in no time. I gave really great back rubs back then. :o)

Will try that Max, but oo is very strong tasting ? (❀ᴗ❀)

I know! I know!! And I actually put him to sleep with a back rub many years ago!

Slather it in extra virgin olive oil. And DON'T undercook it.

Got this one Bonnie, a favourite of mine.

If anyone can find turkey bacon that tastes like BACON and not synthetic protein, please let me know. (❀ᴗ❀)

Mavis Bacon is considerably less removed from Kevin Bacon than six steps. Now Turkey Bacon, on the other hand, is seven steps removed.

That is because Max types fast, and I read fast. Individually, not impressive, but together...…..

You two are a touch too speedy with your type of puns!

I have tried typing that name into my computer, and just get pictures of bacon (and the odd selfies of Kevin Bacon).

She's not my type. Mavis Bacon is.

(Let's see who is old school enough to figure that one out.)

Evelyn Wood would be proud of you Max.

(Drat--I shouldn't have told them about the speed-reading function!)

I think you may have given it away.

Good point, especially if they go to the 'tools function' and increase the reading speed by a factor of 1.5X...

They should be able to get there before the answer is given tomorrow.

(It would take an entire week to read through them)

Oh Max, now they just have to find the conversation. How hard could it be?

I've mentioned this song as recently as two weeks ago in one of my dialogues with msbonne...