Advertising Poster for a Movie 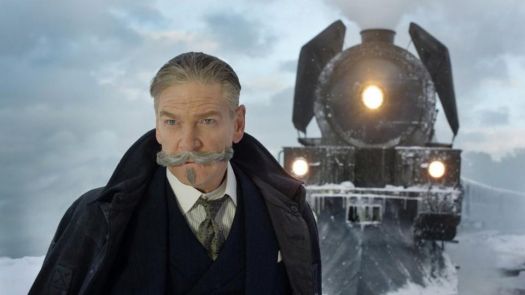 Kenneth Branagh as Hercule Poirot in "Murder on the Orient Express".
Created by OldManMontgomery Published 29 November 2017

PuzzleG, your comment regarding remakes is thought provoking. Suggests to me the authors and writing have much to do with repeatability.

I have seen this one, but I have like the 1974 one better. I have also seen the one with David Suchet. Most of the ones that he did.

@OldManMontgomery, this movie is so sad, & deeply disturbing, but it is also a fascinating story line, by the Mistress of Mystery, my term for Agatha Christie. To me, Mr. Suchet is the quintessential Hercule Poirot, but both movies are very well acted with stunning casts. I believe that, while many movie re-makes fall far short of the originals, some are also excellent in their own right. Some good examples are versions of Agatha Christie's stories, & of Charles Dickens' Christmas Carol (or Scrooge). It is amazing to me how many good quality versions there are of A Christmas Carol, & to me it is a perfect example that a re-make can actually be as good as the original. Regarding Titanic, I have to say that the one with Leonardo DiCaprio & Kate Winslet is the best of the ones I've seen. In fact, I don't think that any of the previous movies about Titanic even came close to it, though its lavish budget & stellar cast have a lot to do with that. Even without those aspects the story is very well written & well acted. Ok, I've waffled on enough, but this is a subject that has always fascinated me. I'll shut up now! ;-)

I have actually never seen Titantic. But I have seen tons of Poirot episodes all with David Suchet. The plot to this one is twisted in more ways than one.
I do look forward to seeing a different take on it!

I expect David Suchet will be the definitive Poirot for some time to come. Kenneth Branagh does a very good job. Were there no 'ancestor' - so to speak - I would have little hesitation.

The story is often told, but a good production non-the-less. Sort of like the movie "Titanic"; everyone knows how it ends.

I am excited to see this, I have seen the version with David Suchet and thought it pretty good. He does make an excellent Poirot.
Kenneth Branagh's moustache in this is a little out of control but it will be interesting to see him play a Belgium detective.

It is worth seeing. Mr. Branagh is somewhat a different Poirot than David Suchet, but capable, believable and non-self contradictory.

The cast is rather breath-taking as well.

I think I do not like the mustache, but the movie is worth seeing.

I can't wait to see this!