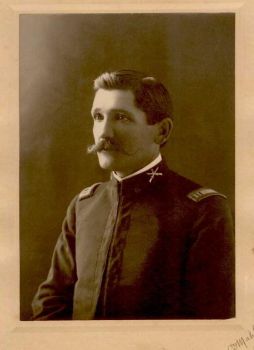 This photo was taken in Rogers, Texas, about the time of the Spanish-American War.
Created by classof54gal Published 2 March 2016
Why this advertisement?

Puzzlesjustforme...I forgot to tell you that I turned 79 in January. I had oily, acne-prone skin as a teen and I guess the oil kept me from having a lot of wrinkles and lines. I did explain on the photo of my grandmother, Miss Lillie, that she had my mom when she was 40. Anyway, I am old but appreciate that you thought I looked young! That photo was taken in late September of 2013 so I need to do a selfie, or something to update things! Carole ;)))

Puzzlesjustforme, Carol, I accidently hit post before finishing my comment; so, I went to my photos and found my picture of "Granny B" and posted it as a puzzle. After my 3rd great grandfather was killed, Barsheba remarried a minister with the surname, Belcher. My grandmother always called her Granny B.

If either of you want me to "guest" you to my family tree, email me to my Sony tablet address (I don't use it much: greene27213@gmail.com) and give me a First Name and Last Name INITIAL and an email address and I'll guest you so you can see all of the pix. Puzzlesjustforme...I have errors in my tree and I'm aware of them but I enter info so I can keep searching for source documents or photos of tombstones and such. When I have to delete someone, I just think, "goodbye, friend, it was nice knowing you!" At least I learned about someone.

My husband was a history buff and I wish Ancestry had been advanced like it is now. He would have been floored at what I found when I "shook his family tree." I found amazing characters, from witches of Salem to George Washington! After he told me that George was the person he most admired of all of the histories he'd read, I gave him a document (the most expensive gift I've ever bought) which is a signed ship's passport and it has George's original signature on it. He cried. I keep thinking about how he would have felt to find out that George was a distant cousin of his.

I'm on Ancestry.com with trees for my family and my husband's family. Would you believe that I was born and raised in California and came to Texas on a business trip in 1968 and landed a cowboy! I moved here in 1969. I told my husband that I probably had deeper roots in Texas than most people he knew. The photos are both of my mother's parents.

Would you believe I have a photo of my grandmother's GREAT grandmother (she's my triple great). She lived here in Texas when Texas was a republic, in the 1830s. Her first husband was one of the earliest Texas Rangers and was killed in a battle with Indians who first shot him then came back after he had died and scalped him and cut off his hands. There is a web page called Officer Down Memorial. You can Google that and search Last Name: Clark, Texas Rangers, Texas, Gunfire and his page should come up with an account of his death. He died on January 7, 1837. I'll post a puzzle photo right now of his wife, Barsheba Barbara Boyd Clark Belcher.

Carole, this is awesome! Talk about Texas State history!

Wonderful, for you, that you are in possession of the photo of your
Grandfather taken around 1898, you look so young, it is hard to imagine : )
And I am talking about you, not your Grandfather. Now this is your mother
or your father's father?

I am a genealogist, so I know for a fact what a wonderful possession
this is! Hope you know or will find out all about his history, it is so
wonderful to bring life into a name, and a photo. Thanks for sharing.
Night before last I found out the given name on one of my maternal
4th Grandfathers, I have been looking for years, hope that I might find
a photo of him one day, but he is so far back in history, I might not be
that fortunate. Again thanks classof54gal. I am listening now to a story
about the Spanish American War, thanks to you.