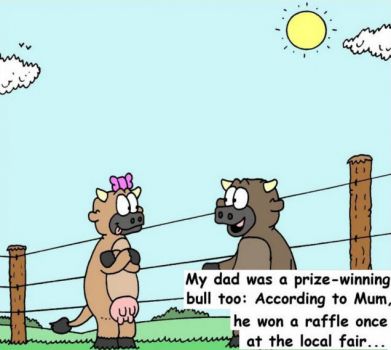 Got it. I think this is the easiest one yet for me.

Simple. The answer IS c) Dog.

as this question is often used in schools still learning the alphabet, it is imperative that the answers be consistent. example

The answer is c).

msbonne: But don't forget to add sugar and sherry! Make live as sweet as possible!

When life gives you lemons, squeezy them.

Don't know, but guessing. Thanks, Bonnie.

The Affenpinscher and the Grand Griffon Vendeen sound like some animal from Harry Potter’s world. Therefore, I will state ‘M’ for magical mystery. Blame The French Brittany whose name happen to be (Pepe Le Pew) who told me what to say.

(or possibly honk, woof moo or maaaa or jumpity jump)

I'm pretty sure I've got this one.

you know your 4 legged creatures, don't you ellen. ???

it just occurred to me, C stands for Canadian and that folks is always right, so C it is -- until later. :))

C, will take care of itself. ALWAYS does.

Only recognise the first of those breed names. But it is enough...

I expect full marks from @PutterDutt, though!

I used to be addicted to soap, but I'm clean now.