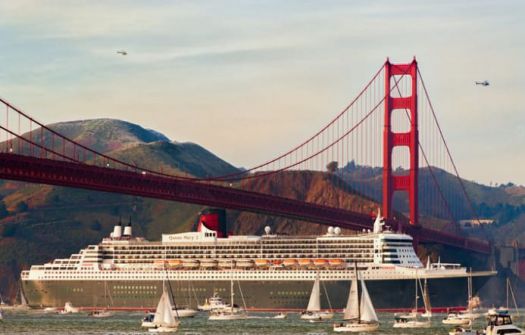 I didn't know it was happening, it's not one of P&O's and I was away for most of the weekend and didn't hear about it until later today. I thought I would go down to the docks this afternoon and take a few photos, but the weather is really windy and rainy. Dawn seemed to think they wouldn't let me onto the docks for security reasons, I don't know when she sails but if she's here tomorrow, I will pop over there.

I saw the photos - where was the invite?

I thought you might have ventured down here this weekend Don, to photograph the biggest ship in the world MSC Bellissima. launched and docked here all weekend.

Thank you, I like it because of those mountains. Thanks for sharing and send many greetings, Ella