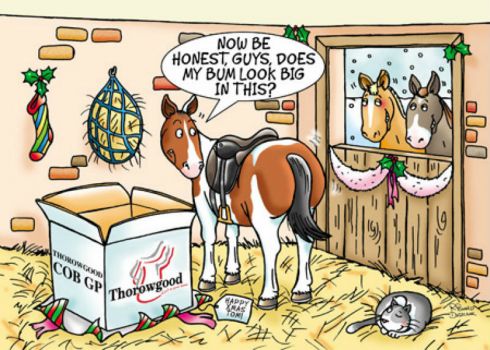 The British Saddleback was created in 1967 by merging the remaining populations of two quite different traditional saddleback breeds, the Essex and the Wessex Saddleback, into a single herd-book. Both breeds had declined following the publication of the Howitt report in 1955, which found breed diversity to be a handicap to the pig industry in Britain, and established a policy of concentrating production on three breeds only: the Welsh, the British Landrace and the Large White.
During the Second World War some 47% of the total pedigree sow registrations were from the Essex and Wessex breeds. In 1949 there were 2435 licensed Essex and Wessex boars, almost 25% of the total number. By 1954, sow registrations for the two breeds had fallen to 22% of the total, and fewer than 10% of registered boars were from the Essex and Wessex breeds. The recommendation of the time was to cross-breed saddleback sows with a white boar to produce a dual-purpose pig, for both pork and bacon production.
The British Saddleback was listed as "endangered-maintained" by the FAO in 2007. The Rare Breeds Survival Trust lists it as a "minority breed" rather than a rare breed. In 2012 the population was reported to be 882.
The British Saddleback is large and deep in the body. It is black with a white saddle, sheet or band round the withers, shoulders and front legs; some white is allowed on the nose, tail and hind feet. It is lop-eared.
The British Saddleback is hardy, forages well, and has good maternal qualities. It is a dual-purpose breed, used for the production of both pork and bacon. It has secured a niche in outdoor and organic production.
Saddlebacks have been exported to Nigeria and the Seychelles where the pigs have performed on coarse grazing in hot climatic conditions.
Berkshire pigs are a breed of pig originating from the English county of Berkshire that are bred and raised in several parts of the world, including England, Japan, the United States, Australia, and New Zealand. The Berkshire pig is not all black, but has white, including white socks from the "knee" down and typically a white blaze on its snout.
Berkshire pigs are an average to large breed, with an average weight at maturity of 600 lb (270 kg). They are a short-legged breed. They have prick ears and a relatively short snout with an upturned nose.
The original Berkshire pig was a reddish or sandy-brown, sometimes with spots. In the 1700s, breeders made improvements by cross-breeding the Berkshire with a Chinese and Siamese pig introduced into British agriculture. This is when the breed took on the distinctive entirely black colour, with white on the feet, nose, and tail. More important than the coloration, breeders were pleased with the improved meat quality.
Berkshire pork, prized for juiciness, flavour, and tenderness, is pink-hued and heavily marbled. Its high fat content makes it suitable for long cooking and high-temperature cooking. The meat also has a slightly higher pH, according to food science professor Kenneth Prusa of Iowa State University. Increased pH makes the meat darker, firmer, and more flavourful. High pH is a greater determinant than fat content in the meat's overall flavour characteristics.

call her anything thing but an old stoat

A fine English breed of stoat.

I think Harry would prefer Duchess

The Dutchess Of Blandings.

Dutchess? LOL, I thought she was British! :))

For PG Wodehouse fans.... The Dutchess was a Berkshire.

I have no idea. Seems like it could be any of the above. ☺ Thanks, Bonnie.

I think Manic's typewriter slips, so

I would suggest, though, that the ride you would get from a stoat would be pretty uncomfortable, even with a saddle on its back...

Know one of them. Hopefully that is enough...

seeing how I'm in the middle of farm country, I'm fairly certain I know this too :o)

Some people feel the rain. Others just get wet.