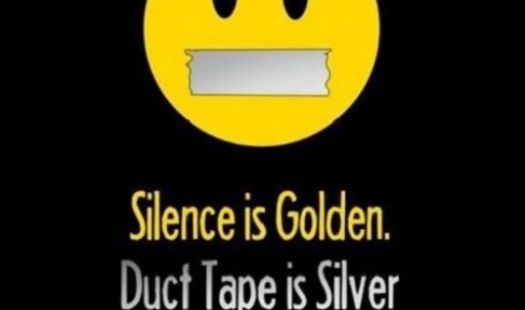 I enjoy doing them Julie and thank you. Caring and sharing is (or should be) a way of life :))

Your life is your own and what you share with us is extra. I'm just glad you're willing to commit to these fun games! Thanks!!

Yes!
No apologies necessary, it's a fun game but we know you have a 'real life' too Bonnie!

That's the time I woke up this morning! Didn't get out of my bed though far too early. Good night Pat, sleep well :))

Apologies, guests turned up unexpectedly and it went out of my mind completely!

Sounds of Silence is the second studio album by Simon & Garfunkel, released on January 17, 1966. The album's title is a slight modification of the title of the duo's first major hit, "The Sound of Silence", which originally was released as "The Sounds of Silence". The song had earlier been released in an acoustic version on the album Wednesday Morning, 3 A.M., and later on the soundtrack to the movie The Graduate. Without the knowledge of Paul Simon or Art Garfunkel, electric guitars, bass and drums were overdubbed by Columbia Records staff producer Tom Wilson on June 15, 1965. This new version was released as a single in September 1965, and opens the album.
"Homeward Bound" was released on the album in the UK, placed at the beginning of Side 2 before "Richard Cory". It was also released as part of the box set Simon & Garfunkel Collected Works, on both LP and CD. Many of the songs in the album had been written by Paul Simon while he lived in London during 1965.
Solo acoustic versions of "I Am a Rock", "Leaves That Are Green", "April Come She Will", "A Most Peculiar Man", and "Kathy's Song" had appeared on The Paul Simon Songbook, released in August 1965 in England as had another version of the title track. "Richard Cory" was based on the poem, "Richard Cory", by Edwin Arlington Robinson, "Somewhere They Can't Find Me" was essentially a rewrite of the previous album's "Wednesday Morning, 3 A.M.", "We've Got a Groovy Thing Goin'" had appeared on the b-side of "The Sound of Silence" a few months before and "Anji" was a cover of an instrumental piece by guitarist Davey Graham whom Simon had met in England. Hence the only brand new Paul Simon composition on the album was "Blessed".
The album is also included in its entirety as part of the Simon & Garfunkel box sets Collected Works and The Columbia Studio Recordings (1964–1970). On March 22, 2013, it was announced that the album will be preserved by the Library of Congress in the National Recording Registry, calling it "culturally, historically, or aesthetically significant."

But I think we all know that it's Simon and Garfunkle.

No, you haven't missed it. Bonnie forgot to post it.

Am I missing the answer?

An eager young lawyer is burning the midnight oil at his desk in a major law firm. Suddenly the Devil walks in and says, "If you'll sign over your eternal soul to me right now, I'll see that you're made a senior partner in this firm tomorrow." The lawyer waits and when the Devil doesn't say anything more he asks, "So what's the catch?"

And please keep the Darwin Awards coming, Bonnie! I love them!!!

I know this!!! I recently bought the CD of their greatest hits.

He did? Holy Moses!

I heard that Charlton Heston had to part the sea to get his hands on the "red" car.

My new diet is to pay people to tell me how thin I look.

Don’t talk unless you can improve the silence. – Vermont Proverb

Do you really want to drive someone crazy? Send them a message saying, “disregard first message.”

Was the car red, by any chance?

Yes, right after he sold his chariot.

The NRA currently holds title to the vehicle.

Another Darwin award…..
This small island nation has already produced several of the most illustrious Darwin Award winners. Intelligence Blunders: National Bureau of Investigation agents cop a smoke in a room full of seized explosives, and Home Grown Parachute: An airplane hijacker robs passengers then bails out with an untested homemade parachute. Now the Philippines have produced that rare oddity, the Double Darwin Award.
We begin with Francisco C. and Ronaldo C., two businessmen who own restaurants adjacent to one another on Apacible Boulevard in Batangas. Their tempers erupt over a poorly parked car.
One has partially blocked the door to the other's establishment, and this does not sit well. Heated words are exchanged, a fistfight breaks out! But bystander’s pacify the fighters, and the situation is defused. Or is it?
Each man retreats to his respective car, pulls out a gun, and shoots the other--killing both. Francisco suffered two bullet wounds to his chest; Renaldo was shot once beneath his arm. Francisco, 41, and Ronaldo, 39, two enemies brought together in death--much to their own chagrin.