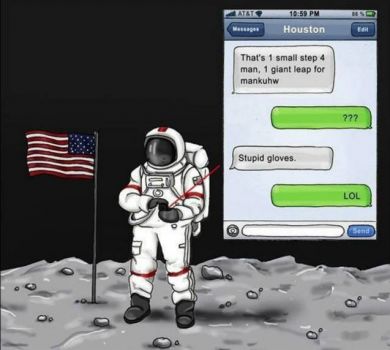 Of the original six space shuttles, which one never flew a mission in space?
Created by Stillmanic Published 18. Apr 2019

Glad to hear you're both doing reasonable well, Joe and Liz.

And I bet if feels good to do so :)) I am sure Liz is appreciating your help too :)

Yep!! Feels strange to be the care GIVER after having to be taken care of for so long!! :))

I'm doing better, I played for about 2 hours tonight and I'm a bit sore....Liz is doing a bit better, but still pretty sore. Overall, we're both healing as expected!! Thanks Bonnie!! :))

How are you both doing?

And the answer is................Enterprise
Space Shuttle Enterprise (Orbiter Vehicle Designation: OV-101) was the first orbiter of the Space Shuttle system. Rolled out on September 17, 1976, it was built for NASA as part of the Space Shuttle program to perform atmospheric test flights after being launched from a modified Boeing 747. It was constructed without engines or a functional heat shield, and was therefore not capable of spaceflight.
Originally, Enterprise had been intended to be refitted for orbital flight to become the second space-rated orbiter in service. However, during the construction of Space Shuttle Columbia, details of the final design changed, making it simpler and less costly to build Challenger around a body frame that had been built as a test article. Similarly, Enterprise was considered for refit to replace Challenger after the latter was destroyed, but Endeavour was built from structural spares instead.
Enterprise was restored and placed on display in 2003 at the Smithsonian's new Steven F. Udvar-Hazy Center in Virginia. Following the retirement of the Space Shuttle fleet, Discovery replaced Enterprise at the Udvar-Hazy Center, and Enterprise was transferred to the Intrepid Sea, Air & Space Museum in New York City, where it has been on display since July 2012.

What? Autocorrect didn't fix it??

Why did the cow jump over the moon?

Because the farmer had cold hands!