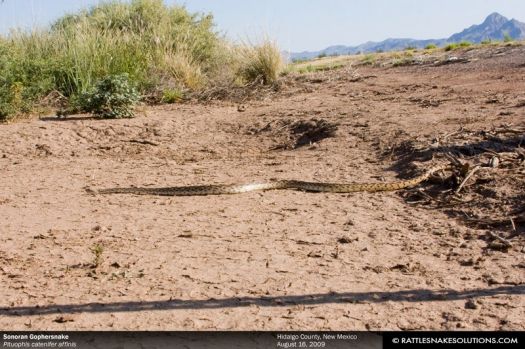 That's why I was so curious. this quail was pecking and running along with the snake. I thought that ain't no rattler. I was surprised he didn't attack the quail. Thought maybe it was already full.

Awinita, I'm glad you noticed. They are more common here in AZ. than the rattler. They look almost like a rattler but are completely harmless. As a matter of fact they really take care of the bug/rodent population. A rattler will usually have his tail up while a gopher snake drags it's tail. I had a gopher snake go through my back yard about two months ago. It was about the size of the one in the pic with a Quail pecking at it. I didn't get close enough to the snake but did notice 'different' markings on it which is why I researched this snake. If it had been a rattler that quail would have been dinner. Someone without knowledge decided to kill it.

actually, this is NOT a rattler, but a Sonoran gophersnake.

perfect way to catch with bare hands by picking it by tail. just have something to keep head away from body. Have caught many that way. have also milked many rattlers for the venom some used for anti-venom and some used for medicinal research.