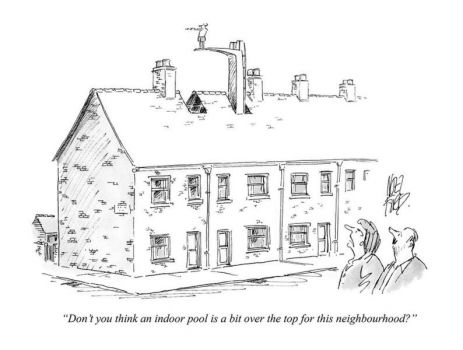 Back Bay, Fenway Kenmore and Mission Hill are neighbourhoods in which US city?
a) Seattle
b) Detroit
c) Denver
d) Houston
e) Boston
f) Chicago
Created by Stillmanic Published 11 January 2020

Boston is the capital and most populous city of the Commonwealth of Massachusetts in the United States, and the 21st most populous city in the United States. The city proper covers 48 square miles (124 km2) with an estimated population of 694,583 in 2018, also making it the most populous city in New England. Boston is the seat of Suffolk County as well, although the county government was disbanded on July 1, 1999. The city is the economic and cultural anchor of a substantially larger metropolitan area known as Greater Boston, a metropolitan statistical area (MSA) home to a census-estimated 4.8 million people in 2016 and ranking as the tenth-largest such area in the country. As a combined statistical area (CSA), this wider commuting region is home to some 8.2 million people, making it the sixth most populous in the United States.
Boston is one of the oldest municipalities in the United States, founded on the Shawmut Peninsula in 1630 by Puritan settlers from the English town of the same name. It was the scene of several key events of the American Revolution, such as the Boston Massacre, the Boston Tea Party, the Battle of Bunker Hill, and the Siege of Boston. Upon gaining U.S. independence from Great Britain, it continued to be an important port and manufacturing hub as well as a centre for education and culture. The city has expanded beyond the original peninsula through land reclamation and municipal annexation. Its rich history attracts many tourists, with Faneuil Hall alone drawing more than 20 million visitors per year. Boston's many firsts include the United States' first public park (Boston Common, 1634), first public or state school (Boston Latin School, 1635) and first subway system (Tremont Street Subway, 1897).
Today, Boston is a thriving port city. The Boston area's many colleges and universities make it an international centre of higher education, including law, medicine, engineering, and business, and the city is considered to be a world leader in innovation and entrepreneurship, with nearly 2,000 start-ups. Boston's economic base also includes finance, professional and business services, biotechnology, information technology, and government activities. Households in the city claim the highest average rate of philanthropy in the United States; businesses and institutions rank among the top in the country for environmental sustainability and investment. The city has one of the highest costs of living in the United States as it has undergone gentrification, though it remains high on world liveability rankings.
Boston's diverse neighbourhoods serve as a political and cultural organizing mechanism. The City of Boston's Office of Neighbourhood Services has designated 23 Neighbourhoods in the city:
Allston
Back Bay
Bay Village
Beacon Hill
Brighton
Charlestown
Chinatown/Leather District
Dorchester (divided for planning purposes into Mid Dorchester and Dorchester)
Downtown
East Boston
Fenway Kenmore (includes Longwood)
Hyde Park
Jamaica Plain
Mattapan
Mission Hill
North End
Roslindale
Roxbury
South Boston
South End
West End
West Roxbury
The islands in Boston Harbour are administered as part of the Boston Harbour Islands National Recreation Area.
The Boston Redevelopment Authority, the City Parking Clerk, and the City's Department of Neighbourhood Development have also designated their own neighbourhoods. Unofficially, Boston has many overlapping neighbourhoods of various sizes. Neighbourhood associations have formed around smaller communities or commercial districts (often with "Square" in the name) that have a well-defined centre but poorly identified extremities.

I think I know this one, Bonnie. Thanks.

This morning some clown opened the door for me. I thought to myself that's a nice Jester.