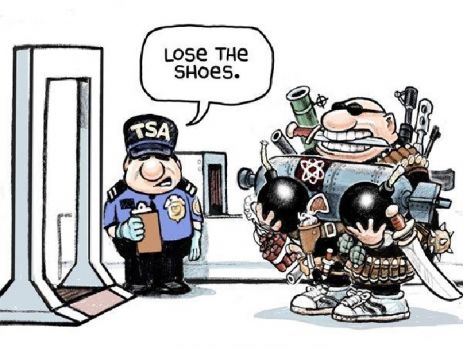 Bandaranaike International Airport is in which country?
Created by Stillmanic Published 6. Dec 2019

I didn't have a clue.

That would be the place.

Bandaranaike International Airport (commonly known as Colombo International Airport, Colombo-Bandaranaike and locally as Katunayake Airport) (IATA: CMB, ICAO: VCBI) is the main international airport serving Sri Lanka. It is named after former Prime Minister S.W.R.D. Bandaranaike and is located in a suburb of Negombo, 20 miles (32.5 km) north of the nation's longstanding capital and commercial center, Colombo. It is administered by Airport and Aviation Services (Sri Lanka) Ltd and serves as the hub of SriLankan Airlines, the national carrier of Sri Lanka, and domestic carrier Cinnamon Air. The other airport serving the city of Colombo is the Ratmalana International Airport, primarily serving domestic destinations.
The airport began as a Royal Air Force airfield in 1944 during the Second World War, RAF Station Negombo. In 1957, Prime minister S. W. R. D. Bandaranaike removed all the British Military airfields from Ceylon (Sri Lanka), and the airfield was handed over to the Royal Ceylon Air Force (RCyAF) and renamed Katunayake; part of it still remains a military airfield. In 1964 Anil Moonesinghe, the Minister of Communications, started the building of a new international airport to replace Ratmalana, with Canadian aid. The airport was completed in 1967, and Air Ceylon, the national carrier, began international operations from it using a Hawker Siddeley Trident and a leased British Overseas Airways Corporation (BOAC) British Aircraft Corporation (BAC) VC-10. It was named after former Prime Minister SWRD Bandaranaike, in 1970. It was renamed Katunayake International Airport in 1977, but was changed back to Bandaranaike International Airport in 1995.
On 7 November 1971, the first Boeing 747 landed at the airport. The Boeing 747-200B was operated by Condor carrying German tourists from Frankfurt. In the early 1990s the position of the airport's runway (04/22) was shifted northward and the old runway was made into a taxiway for departing and arriving aircraft. Airport expansion projects have recently been undertaken at the airport under the Stage 1, Phase II Expansion Project. A pier with eight aero-bridges opened in November 2005. A new terminal with an additional eight gates are proposed to be built under Stage II of the Phase II Expansion Project. Construction of the new Stage II, Phase II Expansion Project is expected to commence in April 2017 and is expected to be completed by 2020.
On 7 May 2007, the Sri Lankan Government shifted military aviation operations out of the space adjoining the airport to SLAF Hingurakgoda, thus paving the way for the expansion of civilian operations. As part of the airport development program, a passenger train service was launched between the Airport and Colombo Secretariat Station, in June 2010. The airport is used by Emirates as an alternative emergency airport for its Airbus A380 aircraft. On 9 January 2012, an Airbus A380-800 operated by Emirates landed at Bandaranaike International Airport. This was the first time in history that an Airbus A380 had landed in a Sri Lankan airport.
SriLankan Airlines is the largest airline operating at the airport, with a fleet of 27 Airbus aircraft.

LOL, it's how they came up on the quiz site, sorry Heidi. To tell you the truth it's difficult to find picture that are not, in some way, not un-PC!

Would it be in the country where Mrs B was a leader?

The father of Bill Gates spoke to a group of businesspeople in Taipei, Taiwan, and mentioned the difficulties of having a famous name. “My daughter was buying ski equipment,” the elder Gates said. “She handed her credit card to the clerk, who asked, ‘Are you related to…him?’ To avoid a long conversation, she said, ‘No, I am not.’ To which the clerk said, ‘I didn’t think so. You would have bought better skis.’”

I guess the idiot sneaker lighting crowd doesn't realize fire will not make that type of explosive explode ... which makes it easy for us to filter out the gene pool.

& sneakering around appeals to my sneaky nature :oD lol

You should not have been sneakering around like that.

Lighting sneakers has happened twice I think. Once in 2001 and again in 2010.

my son & I were flying to Albany NY from Charlotte NC. as we lined up for boarding, both my son & I were pulled aside, & asked to remove our shoes. that is how I found out about the idiot who tried to light his sneaker on the plane using matches

Yes my reaction to the question too BB :)) And I have flown into it!!!

Tip: I always wear nice knickers when skiing in case of an accident as the rescuers may need to cut off my ski pants.

Intelligence is like underwear. It is important that you have it, but not necessary that you show it off.