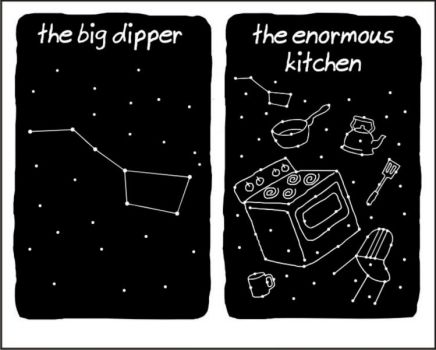 Which is the largest planet in our solar system?
a) Mercury
b) Venus
c) Earth
d) Mars
e) Jupiter
f) Saturn
Created by Stillmanic Published 8 January 2020

Don't tell that to the trees.

Rings only count if they are on a finger! :))

Actually The Phoebe ring of Saturn is vast. Some 26 million miles in diameter...

Saturn's rings are about double the diameter of Jupiter, so the correct answer is f). :D

This was easy to Cee.

If you look at the sizes of the planets, it is easy to Cee that Jupiter is really, really, big.

I have enough trouble trying to spell CAT.

I am not going to criticise anyone for their spelling who can spell Appaloosa!!

That would be good to see Heidi :)

I think I know this one. Thanks, Bonnie.

I would have too if I hadn’t googled it

Oops... I misspelled it. I'm so embarrassed.

Just try not to say Betelgeuse three times in a row....

I know this one, too!


By the way, have you heard that Betelguise (the brightest star in the Orion constellation) is preparing to go nova. They don't know when, exactly, but they say it will be so bright that the light will be visible in daylight here for a long time. The educated guess as to when this will happen is within the next 100 years, but probably not in the next couple of decades.

It's that really big one, right?

With or without counting the orbits of their satellites?

Watched the BBC Planets series only last week on DVD... :))

Ice hockey is basically just guys wearing knife shoes fighting each other with long sticks for the last Oreo.