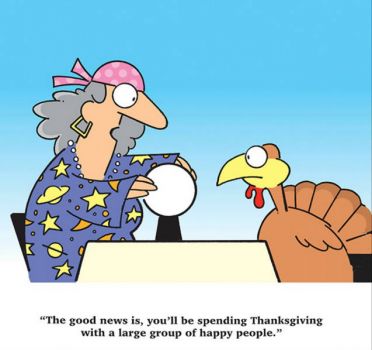 I do not want mashed potato.

Hoff, you might try looking under the mashed potato...

I was sooooo looking forward to it.

I haven't seen it Hoff

Where is my Turkish Leg?

No problem, I have an abacus.

Do you need to borrow some fingers?

LOL you are getting there Hoff :))

I DO play a mean Air Guitar, but that is not where I use my G String.

Perhaps you could give us an Air on it?

I have some G String around here somewhere.

Thank you. Internet was disassembled. Glue is still drying now, so not truly ready to use, but you know how impatient I can get.....

Great to have you back, you have been missed :))

Nor more decaffeinated drinks for YOU my friend!!

Careful, Hoff, you are getting over-excited.

As Bottlecap is not really an answer, and we all new it was not Euro, alphabetically, it has to be

Is there a breeding seasoning?

They increase when stuffed!

I didn't know the number of stars on flags changed during gimme gimme gimme festivals. Do they get shared out between kids? Or just stolen??

I counted them recently. I thought the number seemed small...

Before or after Christmas/Thanksgiving?

Quiz: how many stars on the flag of Turkey?!

The Turkish lira is the currency of Turkey and the self-declared Turkish Republic of Northern Cyprus.
Ottoman lira (1844–1923)
The lira, along with the related currencies of Europe and the Middle East, has its roots in the ancient Roman unit of weight known as the libra which referred to the Troy pound of silver. The Roman libra adoption of the currency spread it throughout Europe and the Near East, where it continued to be used into medieval times. The Turkish lira, the French livre (until 1794), the Italian lira (until 2002), and the British pound (a translated version of the Roman libra; the word "pound" as a unit of weight is still abbreviated as "lb.") are the modern descendants of the ancient currency.
The Ottoman lira was introduced as the main unit of currency in 1844, with the former currency, kuruş, remaining as a 1⁄100 subdivision. The Ottoman lira remained in circulation until the end of 1927.
First Turkish lira (1923–2005)
Historical banknotes from the second, third and fourth issues have portraits of İsmet İnönü on the obverse side. This change was done according to the 12 January 1926 issue of the official gazette and cancelled by the Democrat Party after World War II.
After periods of the lira pegged to the British pound and the French franc, a peg of 2.8 Turkish lira = 1 U.S. dollar was adopted in 1946 and maintained until 1960, when the currency was devalued to 9 Turkish lira = 1 dollar. From 1970, a series of hard, then soft pegs to the dollar operated as the value of the Turkish lira began to fall.
1966 – 1 U.S. dollar = 9 Turkish lira
1980 – 1 U.S. dollar = 90 Turkish lira
1988 – 1 U.S. dollar = 1,300 Turkish lira
1995 – 1 U.S. dollar = 45,000 Turkish lira
2001 – 1 U.S. dollar = 2,650,000 Turkish lira
The Guinness Book of Records ranked the Turkish lira as the world's least valuable currency in 1995 and 1996, and again from 1999 to 2004. The Turkish lira had slid in value so far that one original gold lira coin could be sold for 154,400,000 Turkish lira before the 2005 revaluation.
Second Turkish lira (2005–present)
In December 2003, the Grand National Assembly of Turkey passed a law that allowed for redenomination by the removal of six zeros from the Turkish lira, and the creation of a new currency. It was introduced on 1 January 2005, replacing the previous Turkish lira (which remained valid in circulation until the end of 2005) at a rate of 1 second Turkish lira (ISO 4217 code "TRY") = 1,000,000 first Turkish lira (ISO 4217 code "TRL"). With the revaluation of the Turkish lira, the Romanian leu (also revalued in July 2005) briefly became the world's least valued currency unit. At the same time, the Government introduced two new banknotes with the denominations of 50 and 100.
In the transition period between January 2005 and December 2008, the second Turkish lira was officially called Yeni Türk lirası ("New Turkish lira").[6] It was officially abbreviated "YTL" and subdivided into 100 new kuruş (yeni kuruş). Starting in January 2009, the "new" marking was removed from the second Turkish lira, its official name becoming just "Turkish lira" again, abbreviated "TL". All obverse sides of current banknotes have portraits of Mustafa Kemal Atatürk. Until 2016, the same held for the reverse sides of all current coins, but in 2016 one-lira coins were issued to commemorate the "martyrs and veterans" of the 2016 Turkish coup d'état attempt, the reverse sides of some of which depict hands holding up a Turkish flag while others show in stylised form a collection of five-pointed stars topped by a Turkish flag.

Taking a guess. Thanks, Bonnie.

Don't know, so will have to guess.

I will count them ….One.

So any second now. Ok.

Couple of hours should do it, human time. I am not sure how that would equate in Sloth time :))

And here all this time I thought it was Turkish Delight.

Lemme know when it is ready.

Where is Turkish Leg?

LOL apologies Hippo, g) seems to slip off the screen. I have glued it in place :))

You missed out g) Turkish Bottlecap

A teacher asks a student, "Are you ignorant or just apathetic?" The kid answers, "I don't know and I don't care."