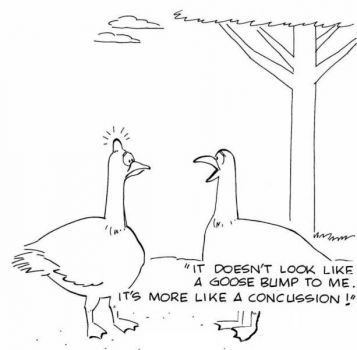 LOL did I surprise you Hoff :))

Got this one. Had some young friends who really enjoyed the books. Never read any of them.

Goosebumps is a series of children's horror fiction novels by American author R. L. Stine, published by Scholastic Publishing. The stories follow child characters, who find themselves in scary situations, usually involving monsters and other supernatural elements. From 1992 to 1997, sixty-two books were published under the Goosebumps umbrella title. Various spin-off series were written by Stine: Goosebumps Series 2000, Give Yourself Goosebumps, Tales to Give You Goosebumps, Goosebumps Triple Header, Goosebumps HorrorLand, Goosebumps Most Wanted and Goosebumps SlappyWorld. Another series, Goosebumps Gold, was never released. Goosebumps has spawned a television series and merchandise, as well as a series of feature films, starring Jack Black as Stine.
Since the release of its first novel, Welcome to Dead House, in July 1992, the series has sold over 400 million books worldwide in thirty-two languages, becoming the second-best-selling book series in history, after J. K. Rowling's Harry Potter. Individual books in the series have been listed in several bestseller lists, including the New York Times Best Seller list for children.
The Goosebumps series falls under the children's fiction, horror and thriller genres, although Stine characterizes the series as "scary books that are also funny". Each book features different child characters and settings. The primary protagonists are middle class and can be either male or female. The primary protagonists of a Goosebumps story are often situated in a remote location or somehow isolated from typical societal conventions. This can range anywhere from comfortable suburban areas to boarding schools, foreign villages or campsites. Books typically feature characters that either recently moved to a new neighbourhood or are sent to stay with relatives.
The books in the Goosebumps series feature similar plot structures with fictional children being involved in scary situations. At his peak, Stine was known to complete these stories extremely quickly, some of which were written in only six days. The books are mostly written in first person narrative, often concluding with twist endings. They contain surreal horror, with characters encountering the strange and supernatural. The author has plot devices he follows throughout his Goosebumps books. Stine says he does not have any death in his stories, and the children in his novels are never put into situations that would be considered too serious. He attributed the success of his books to their absence of drugs, depravity and violence.
Books and characters in the series were inspired by books and films. For example, the character Slappy the Dummy was inspired by the literary classic The Adventures of Pinocchio. Some of Stine's ideas for the books also came from real life; Stine got the idea for the book The Haunted Mask after his son, Matt, had a Halloween mask he had trouble getting off. Stine also uses his childhood fears to help him write his books. The author said, "Luckily, I have a great memory. As I write a story, I can remember what it feels like to be afraid and panicky". Stine states he often thinks of a title to a novel first, then lets the title lead him to a story.
Two common themes in the series are children triumphing over evil and children facing horrid or frightening situations and using their own wit and imagination to escape them. Stine does not attempt to incorporate moral lessons into his novels, and says his books are "strictly reading motivation".

I think I know this one although I never read any of them. Thanks, Bonnie.

Having helped the author hone his writing skills, I do know this one.

I make no claims to his writing prowess (I promised him that). So do not tell anyone.

They should show up in your notifications Yolanda :))

I know the answer and am suitably ashamed for commenting. I never seem to find the puzzle later.
Cheers Yolanda

And that would be E? Ditto.

Me either and I have only heard of one of the above authors!

I have never read a Goosebumps book, SOOOOO, I dunno