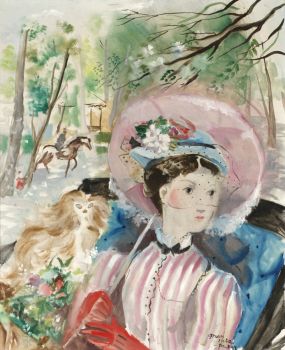 Emilio (Emili) Grau Sala, (Barcelona, 1911 - Paris, 1975) , was a Catalan painter who studied at the Art Academy of Barcelona, and then moved to Paris in 1932. Grau Sala was perhaps best known as a colorist in oil, watercolor and pastel as well as an illustrator. His works are fresh in color and freely drawn or constructed. In the French Salon “Comparaisons” he was a member of the group affiliated with Maurice Boitel, a painter in the art movement known as “La Jeune Peinture” of the School of Paris, associated with Bernard Buffet, Yves Brayer, Paul Collopmb, Daniel du Janerand and others.
Created by maiwbcn Published 8. Jan 2015