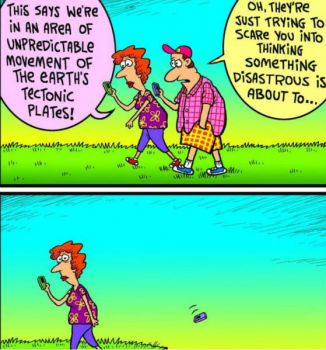 I thought perhaps Antarctica, but then I remembered it was not on that river. Then rather cleverly, I noticed that the 2 answer that started with B had been messed with. I had a friend at the NSA investigate. My suspicion was confirmed. This question (more precisely, the answers), have been attacked by terrorists. They changed the positions between the two B answers.

Answer should be c) Buenos Aires.

Yes. I thought it couldn't be Montevideo, since that is not on the list...

nanab, were you dipped in oil, or in the Colonels secret batter?

Well I'll be dipped I got it!

Been there once with my husband, his dad is living there :o))

Pulling one from the hat.

I am getting tired of all these uber rich questions. Formula 1 flags, Silver plate people, as a average earning sloth, I find it difficult to image the life of the super wealthy.

They considered ALL riches as a gift from God to them. Silver, gold, land and native peoples.

The country Argentina is also derived from the Latin argentum, silver. The Spanish DID find a lot of silver in S.America! They even found an entire moutain of silver (Cerro Rico) which they viewed as a gift from God...

In Spanish, the name of the river is Rio de la Plata.... which means Silver River or River of Silver. Gringos translated it badly to Plate River or River Plate.

If my memory serves, there are TWO capital cities on the River Plate.

I guess I should choose the one on the list? :)

BTW my geography is rubbish, so I could be totally wrong!! :))

an educated guess is what I will be making today ;o)

I tend not to take plates into my bank. The tellers always eat anything I bring in.

Where there Lima Beans on the Plate? For if, there were; they are now in the napkin lying on the banks.

Is it the upper east? lower east? far east? East of Eden? I am guessing east of west.

I don't know, but may have a decent guess.

"in the west" depends on where you are starting from.

Small, rather insignificant error on this one.

I think I have this one. Thanks, Bonnie.

there's a plate river in the west. I imagine it runs by a city or two

@manicpuzzler - I think I posted this before...

If You're Going Through Hell - Rodney Atkins

Near the bowl and cup, there was a fork and spoon nearby.

I have lots of plates in the cupboard and use them to eat from.
Didn't know a river plate!!

If you're going through Hell, keep going.