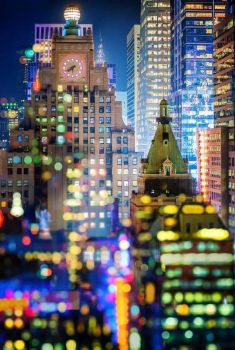 I have travelled so little, I want to see what I can.

See, in the United States I'd like to see some places ... but I don't think LA would be one of them.

yeah. I want to see it someday, but I don't think I'd want to actually live there.

You're right, Beverly Hills is so ... snobbish.

Of course it would cost less in Arkansas ... but after that you would have a long way to go to work ...

LOL.. Of course. I'd be carrying that around with me in my pocket. pssh. I'll buy you one too.
Truthfully, I'm sure half of that cost is because it's in Beverly Hills. I guarantee you, if the exact property was built in, say Arkansas (where I live) it would be drastically lower than that. Ah well.

Of course there is also a swimming pool, hidden on the roof of the house ...
Aaa, I guess I haven't told you the price yet ..?
I think it will be little for a movie star ... only 250 million dollars, it seems a reasonable price, right?

Of course I will. It does have a pool, doesn't it?

I hope that in that case you will invite me ...

I have sort of acted a couple times. I was in a movie that was released in Europe as Armageddon of the Dead. I was a recurring zombie and a grip. If I can afford it some day, maybe I will purchase that mansion. One never knows.

Or do you aspire to become an actor?
I saw a beautiful house in Beverly Hills that is for sale, as soon as you become famous, you can buy it !!!

Well, well, well ... although I think LA is a different city. I hope you will take many photos in LA and publish them on Jigidi !!!

Well, I've been to Chicago and Dallas, and Atlanta. Those are some cities that might have something like this view. I'm going to Las Vegas with my brother in a couple of months. Maybe I'll see that view then.

If I knew, I wouldn't have asked you ...
In fact, Chicago was my idea at the beginning, but I didn't find a place in the city that looked like this photo.

Good morning, Milena. I do not know what city this is. Chicago maybe?

Did you know what city it is?