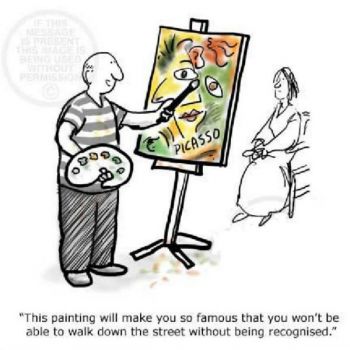 Please change the answers around.

Of course, the only true choice, c).

I really did NOT get this one.

Can you imagine having to fill out a form with all the names!!

Yes @jyl , the question says saints and relatives, so it is a big bunch.

@nanab and @Surreal_Heidi seems to me that the "so many names" might reflect a whole "bunch" of relatives.

Q: Is baseball mentioned in the Bible?
A. Sure! In the beginning, Cain struck out Abel, and the Prodigal son came home.

I don't have a clue, either. This is not my day for getting quizes right.

I haven't a clue, I wonder why someone would burden another with so many names.

A tricky question. I wonder how may people in the world know this one... ???

This could be a tricky one, It all depends on how you separate things. I just ran across this last week, and have seen three different answers. 2 of which are not represented here.

There are three kinds of people: Those who can count and those who can't.