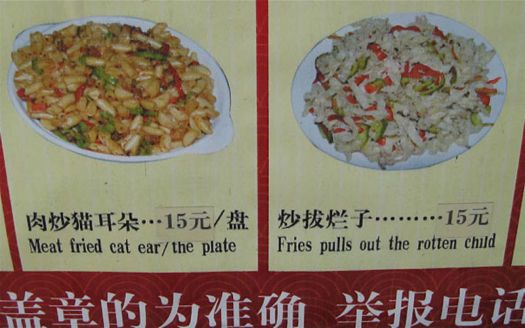 The two largest cities in the world are in China, but which is the largest?
a) Shanghai
b)Beijing
c) Guangzhou
d) Shenzen
e) Wuhan
f) Nanjing
Created by Stillmanic Published 18 January 2020

As I have never seen the Shanghai Bung, I cannot confirm nor deny that comment.

The Shanghai Bund is beautiful :))

The puzzle picture was a dead giveaway though.

Shanghai is famous for all the earless cats and woodworm infested kiddies...

I knew it was one of the first 2, and figured that since Shanghai has a more colorful history, it had the larger population. So I got it right!

Oh, perhaps you misunderstood. If you picked C, you were correct.

I have actually seen 3 different answers for this. I am going to say
the correct answer is

Shanghai is one of the four municipalities of the People's Republic of China. It is located on the southern estuary of the Yangtze, and the Huangpu River flows through it. With a population of 24.2 million as of 2018, it is the most populous urban area in China and the second most populous city proper in the world. Shanghai is a global centre for finance, innovation, and transportation, and the Port of Shanghai is the world's busiest container port.
Originally a fishing village and market town, Shanghai grew in importance in the 19th century due to trade and its favourable port location. The city was one of five treaty ports forced open to foreign trade after the First Opium War. The Shanghai International Settlement and the French Concession were subsequently established. The city then flourished, becoming a primary commercial and financial hub of the Asia-Pacific region in the 1930s. During the Second Sino-Japanese War, the city was the site of the major Battle of Shanghai. After the war, with the CPC takeover of mainland China in 1949, trade was limited to other socialist countries, and the city's global influence declined.
In the 1990s, economic reforms introduced by Deng Xiaoping resulted in an intense redevelopment of the city, especially the Pudong district, aiding the return of finance and foreign investment to the city. The city has since re-emerged as a hub for international trade and finance; it is the home of the Shanghai Stock Exchange, one of the largest stock exchanges in the world by market capitalization, and the Shanghai Free-Trade Zone, the first free-trade zone in China.
Shanghai has been described as the "showpiece" of the booming economy of China. Featuring several architecture styles such as Art Deco and shikumen, the city is renowned for its Lujiazui skyline, museums, and historic buildings—including the City God Temple, the Yu Garden, the China Pavilion, and buildings along the Bund. Shanghai is also known for its sugary cuisine and distinctive dialect, Shanghainese. Every year, the city hosts numerous national and international events, including Shanghai Fashion Week, the Chinese Grand Prix, and ChinaJoy.
Shanghai is located on the Yangtze Estuary of China's east coast, with the Yangtze River to the north and Hangzhou Bay to the south. The land is formed by the Yangtze's natural deposition and modern land reclamation projects. As such, it has sandy soil, and skyscrapers are to be built with deep concrete piles to avoid sinking into the soft ground. The provincial-level Municipality of Shanghai administers both the estuary and many of its surrounding islands. It is roughly equidistant from Beijing and Guangzhou, bordering the East China Sea to the east, Zhejiang to the south, and Jiangsu to the west and north. The municipality's northernmost point is on Chongming Island, which is the second-largest island in mainland China after its expansion during the 20th century. However, it does not include an exclave of Jiangsu on northern Chongming or the two islands forming Shanghai's Yangshan Port, which are parts of Zhejiang's Shengsi County.
Shanghai is located on an alluvial plain. As such, the vast majority of its 6,340.5 km2 (2,448.1 sq mi) land area is flat, with an average elevation of 4 m (13 ft). The city's few hills, such as She Shan, lie to the southwest, and its highest point is the peak of Dajinshan Island (103 m or 338 ft) in Hangzhou Bay.[9] Shanghai has many rivers, canals, streams, and lakes, and it is known for its rich water resources as part of the Lake Tai drainage basin.
Downtown Shanghai is bisected by the Huangpu River, a man-made tributary of the Yangtze created by order of Lord Chunshen during the Warring States period. The historic centre of the city was located on the west bank of the Huangpu (Puxi), near the mouth of Suzhou Creek, connecting it with Lake Tai and the Grand Canal. The central financial district, Lujiazui, has been established on the east bank of the Huangpu (Pudong). Along Shanghai's eastern shore, the destruction of local wetlands due to the construction of Pudong International Airport has been partially offset by the protection and expansion of a nearby shoal, Jiuduansha, as a nature preserve
As of 2018, Shanghai had a total population of 24,237,800, including 14,551,300 (59.7%) hukou holders (registered locally). According to the 2010 national census, 89.3% of Shanghai's population live in urban areas, and 10.7% live in rural areas. Based on the population of its total administrative area, Shanghai is the second largest of the four municipalities of China, behind Chongqing, but is generally considered the largest Chinese city because the urban population of Chongqing is much smaller. According to the OECD, Shanghai's metropolitan area has an estimated population of 34 million.
According to the Shanghai Municipal Statistics Bureau, about 157,900 residents in Shanghai are foreigners, including 28,900 Japanese, 21,900 Americans and, 20,800 Koreans. However, the actual number of foreign citizens in the city is probably much higher. Shanghai is also a domestic immigration city—40.3% (9.8 million) of the city's residents are from other regions of China.
Shanghai has a life expectancy of 83.6 years for the city's registered population, the highest life expectancy of all cities in mainland China. However, this has also caused the city to experience population aging—in 2017, 33.1% (4.8 million) of the city's registered population was aged 60 or above. In 2017, the Chinese government implemented population controls for Shanghai, resulting in a population decline of 10,000 people by the end of the year.

Ick. Urk! Just spread it on my hand, please!

@PutterDutt, I think you'd be wise to define EXACTLY what you want your peanut butter sandwiched between...

I'll have to guess.

I think I know this one, but I'm not completely sure.

Neither takes your fancy Ellen? LOL :))

I'll have a peanut butter sandwich, thank you very much!

It's by urban population :))

I think by sloth population.

Largest
by area
or by population
or by cat density (cats per acre not how dense their cats are)
or by percentage of population who think they live in the largest city
or by quantity of Chinese inhabitants
or by cities with a surrounding wall?

Surely it means one of those.

This will be a very controversial question. I currently know of three (one of which is NOT on the list), that have all been called the largest city in China.

I, however, am going to stick with my gut feeling.

I seem to remember "largest city" depends how you count the population - where the limits of the city are, and how those are defined.

Largest in China neatly sidesteps that problem though... I know this one.

For Halloween we dressed up as almonds. Everyone could tell we were nuts.