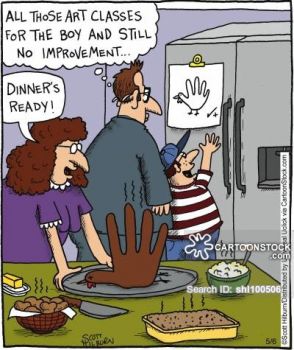 Which French post-Impressionist artist painted A Sunday Afternoon on the Island of La Grande Jatte?
Created by Stillmanic Published 15 April 2019

I missed this one so badly that he wasn't even my second guess! If I had any points left, I'd take a mandatory deduction.

A Sunday Afternoon on the Island of La Grande Jatte painted in 1884, is Georges Seurat's most famous work. It is a leading example of pointillist technique, executed on a large canvas. Seurat's composition includes a number of Parisians at a park on the banks of the River Seine.
In 1879 Georges Seurat enlisted as a soldier in the French army and was back home by 1880. Later, he ran a small painter’s studio in Paris, and in 1883 showed his work publicly for the first time. The following year, Seurat began to work on La Grande Jatte and exhibited the painting in the spring of 1886 with the Impressionists. With La Grande Jatte, Seurat was immediately acknowledged as the leader of a new and rebellious form of Impressionism called Neo-Impressionism.
Seurat painted A Sunday Afternoon between May 1884 and March 1885, and from October 1885 to May 1886, focusing meticulously on the landscape of the park. He reworked the original and completed numerous preliminary drawings and oil sketches. He sat in the park, creating numerous sketches of the various figures in order to perfect their form. He concentrated on issues of colour, light, and form. The painting is approximately 2 by 3 meters (7 by 10 feet) in size.
Inspired by optical effects and perception inherent in the colour theories of Michel Eugène Chevreul, Ogden Rood and others, Seurat adapted this scientific research to his painting. Seurat contrasted miniature dots or small brushstrokes of colours that when unified optically in the human eye were perceived as a single shade or hue. He believed that this form of painting, called Divisionism at the time (a term he preferred) but now known as Pointillism, would make the colours more brilliant and powerful than standard brushstrokes. The use of dots of almost uniform size came in the second year of his work on the painting, 1885–86. To make the experience of the painting even more vivid, he surrounded it with a frame of painted dots, which in turn he enclosed with a pure white, wooden frame, which is how the painting is exhibited today at the Art Institute of Chicago.
The Island of la Grande Jatte is located at the very gates of Paris, lying in the Seine between Neuilly and Levallois-Perret, a short distance from where La Défense business district currently stands. Although for many years it was an industrial site, it is today the site of a public garden and a housing development. When Seurat began the painting in 1884, the island was a bucolic retreat far from the urban centre.
The painting was first exhibited at the eighth (and last) Impressionist exhibition in May 1886, then in August 1886, dominating the second Salon of the Société des Artistes Indépendants, of which Seurat had been a founder in 1884.[6] Seurat was extremely disciplined, always serious, and private to the point of secretiveness—for the most part, steering his own steady course. As a painter, he wanted to make a difference in the history of art and with La Grand Jatte, succeeded.

PS. and with that cummerbund I also look sooo classy.

thank you max and bonnie, I still will not give up my point to you max.

You look extraordinarily wise in that picture!

hello everyone. I have been scratching my head as to why my avatar came out sideways, then I figured because I took the pic vertical and it refused to stand up. then I took it horizontally and voila, here I am standing up. is that not a great likeness of me, you got to admit it is. it is one of the best pics of mine, I don't look so good on the others. :))))

Some well done and some onwards and upwards required :))

You should have said Ben. I could have explained how to do it. Microsoft 'paint' - I use it all the time :))

I like it bb, hope you're having a good day. See you tomorrow.

yes BB , finally found out how to do it, laying around got too boring, now I stand up for a while. :)))

Ha, ha! I wish I knew more about works of art. I had it narrowed down, but took the wrong path.

bb - You decided to straighten up, good for you!

hello max, this is a rare moment in time that I can educate someone. mostly I am getting an education here ( and in no small part from you ) :)))

No clue, no guess. onwards and upwards

However, I learned a new term--'Newfie'--so it wasn't a total waste!

OMG! I just looked it up.... not only was I right, but it was the painting I had pictured in my mind. I just scared myself.

I have a guess, but its only a vague one.

yes bonnie that is exactly right and as far as I know, those said NEWFIES have written most of the jokes. - I have come across a fair number of newfies and none of them were stupid and deserving of these jokes. but that's the way the world tumbles, I guess.

I take it, that, like with the Irish in England, people of Newfoundland are the butt of jokes for Canadians.