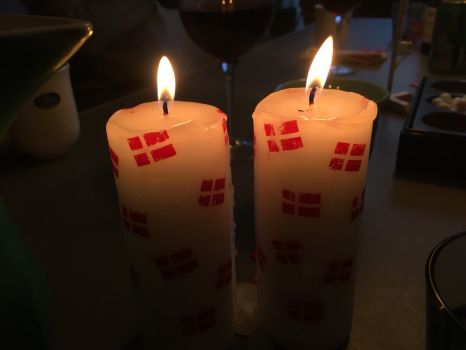 Created by Magnus Published 21 April 2020
Why this advertisement?

On 21 April 2007, Crown Princess Mary of Denmark gave birth to her and Crown Prince Frederik’s second child. In October 2005, they had a son, Prince Christian, but this time, they had a baby girl at the Rigshospitalet in Copenhagen weighing 3350 gr. A 21-gun salute was fired the next day in celebration of the birth of a new princess.

Margrethe II (pronounced [mɑˈkʁeˀtə]; born Margrethe Alexandrine Þórhildur Ingrid; 16 April 1940) is the Queen of Denmark, the supreme authority of the Church of Denmark and the commander-in-chief of the Danish Defence. Born into the House of Glücksburg, a royal house with origins in northern Germany, she was the eldest child of Frederick IX of Denmark and Ingrid of Sweden. She became heir presumptive to her father in 1953, when a constitutional amendment allowed women to inherit the throne.

Margrethe succeeded her father upon his death on 14 January 1972. On her accession, she became the first female monarch of Denmark since Margrethe I, ruler of the Scandinavian kingdoms in 1375–1412 during the Kalmar Union. In 1967, she married Henri de Laborde de Monpezat, with whom she had two sons: Crown Prince Frederik and Prince Joachim.

I would like to wish Princess Isabella of Denmark a Very Happy Birthday :-)

Thank you, Magnus, for your beautiful posting. Wanda

Many happy returns to Princess Isabella.

Happy birthday to Princess Isabella of Denmark. May it be the beginning of a truly wonderful year.

Suzy, I just found it on Google. ☺

Thank you for clarifying, Ank! :)

Looks like a nice quiet celebration.
Candles, a bit of wine...