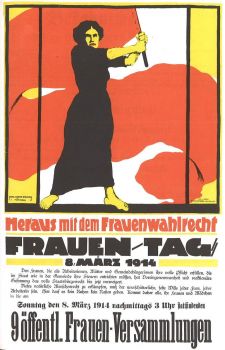 Created by owl2 Published 7 March 2021
Why this advertisement?

And it took till 1919 until women had the right to vote in Germany. Happy Womens Day to all of you girls :-)!