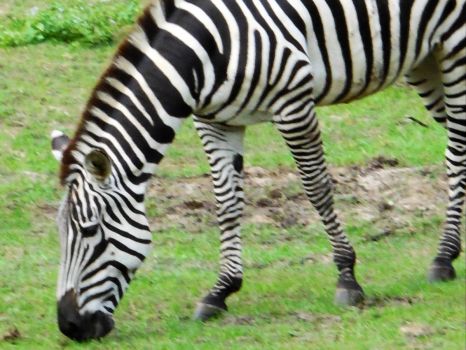 Created by joyfulnoise4 Published 22 December 2015
Why this advertisement?

I'm thinking joyful can face book her about it.

beautiful you - have done so xxxxxxxxx lets stick to o xxxx

Will we clue Gina into what is happening? She has been a part of us for such a long time.

I know how you got notice. I made comment about situation then decided maybe I was worrying too much. Didn't know that even deleted comments still registered. Sorry about that. I reread all the stuff more carefully and was much less worried. No mystery friends.

No prefer not too xx she is a hounder but how did this come up ????

Hello let's try chat here xx do not know how this came up on my notifications now but just our chats xx answer me ...Joy iris o and a

Half done! Taking a quick break!

Yes take care with that dear friendly giraffe! We will pray that work goes swiftly and you can enjoy Jigidi uninterrupted! Grins!☺

Trying to work on store work at the same time as chatting with you all!! I think it's called multi-tasking!

Being close to large animals in a safe area is such a treat. I have petted Alpacas at local festivals. My favorite plant nursery has farm animals to pet. One is a miniature horse. Grins! Stayed off Jigidi long enough to get a few chores done. Grins and smiles!☺♥☺

mmmmmmm maybe their tummies Were full - did you here any reports of missing people ?? Sorry that was a bit nasty xx ☺ forgive me !!! LOL going to bed soon xx god bless and hello to your kids xxxx

Yes...I'm sure we would look quite tasty to several of those animals! Not so fond of how close we are to the crocodiles on the safari at Disney! They always have those big smiles on their faces but underneath I'm sure they are smiling because they are dreaming of taking a bite out of all those spectators!!

Sounds wonderful Brighty! Don't know if I would want to get too close to the lions or a leopard!

when we stayed in the country we visited a place that had alpacas and other animals - was delightful and you could touch them, another time when we were in the game reserve we saw so many beautiful animals - pretty close up - herds of zebra and their young and buffalo (did not go close!!) and giraffes - joy you would have loved them, lots of monkeys, baboons, lion and lionesses and cubs and plenty hippos in the ponds and also rhinos. lots of different buck, birdlife and warthogs - just never got to see leopard xxxx lots of animals hugs and kissies to you all xxxxxxxx

Gee OandA....I think I should send my kids out to do yard work! That would be something people don't see very often anymore! LOL!!

Our friends have llamas and lots of people stop along the roadside to see them. They aren't friendly at all and will generally go the other way when they see you! We prefer to see their one horse who loves my daughter and comes running when she sees her!

Probably is laws about it now. That was many years ago. Grins!☺

That must have been quite a sight Iris! Very unexpected! Wonder if there are laws about owning zebras. I don't really consider them wild animals but they probably are! Hugs!

When I was little I saw a zebra with a group of horses on a farm in Kentucky. It was on a road trip to Florida. Grins and smiles!☺♥☺

They certainly seem gentle... at a distance! I don't know much about zebras but the are one of my favorites!

You should do that. Just had to do one of Teamacs before going off. You know how it goes. Have a great evening and good day at church! Grins!☺

Hugs! Enjoy your coloring time! I may have to copy a page from my daughter's book! Looks like fun!

Yes we must not forget the beloved giraffe! Going off for a bit and do some coloring before bed time. Might pop back in later. If not see you tomorrow! Grins!☺♥☺

Unless they are giraffe spots!

Oh yes! There were several others near this one but this is my best picture...unless you want to see the back end!! LOL!

The guide told us that zebras are black with white stripes. Just wanted to clear up any confusion!