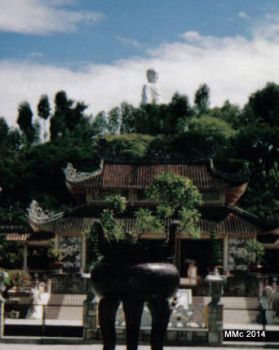 Is this another view of The Big White Buddha in one of your other picture puzzles mikemac? Are there more than one of these spectacular artifacts, it's so huge!! Thank you for sharing.....

That's interesting, reaumur and Willie_ran. It is hard today to imagine what it was like during the war. Conditions were still pretty primitive when I was there 20 years ago. But since they have normalized relations with the U.S., everything has been modernized. They say it is nothing at all like it was before. Three years in Nha Trang during the war. I'll bet that was interesting.