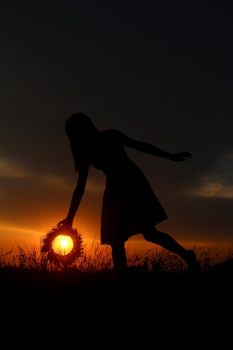 Created by Mazy Published 24 September 2019
Why this advertisement?

Beautiful picture and I love the title! :)

I want you to stay the professor, and Mazy, and get credit for all of the things you know. Dang it.

Dear Friends, I'm still here and still me. Just had a bit of Jigidi tummy-ache, I guess you might put it, when my new avatar was met with reactions I did not expect (or intend). Although no Jigidi users said anything to me personally about it, it has none-the-less been seen as something aggressive and I guess? people reported me for it? Instead of responding to me directly. Which says something....

The whole thing kind of put me off Jigidi; a 60 yr old professor guy could put a pretty blonde girl in a hat as his avatar, and post the profile I have posted, saying, this might not be me, and, "Think about how you think", and it would be a lark, even if he'd catfished a few men in on the basis of the girl in the hat.

I'm the girl in the hat, saying "Think about how you think," and being transparent that I am NOT the professor, but that is frowned upon.

By people who clearly need to think about how they think, I guess.

How DARE I take up the mantle of an average 60 year old white man!!

@LinM and @Mazy I think that Mazy has disappeared and taken on a new avatar and name, with a photo not associated with humans. I wonder if you will check your Mazy messages? Hope so.

@Mazy I like your trans action. I like you as a male or female. I like you better as a female. It didn't work for me so I had to quit. What I did was more extreme though, taking on a whole different avatar. I agree with you that there are times here when women who know technical stuff and share it are more often dismissed and disrespected, especially by other women!

@Mazy , I've got to say that I'm distressed at your trans action here. I really enjoy you as a female! -- And, yes, I take you seriously despite (because of?) your gender. :-)

Thanks for trying, Mazy! The weather is finally pleasant (if unseasonably warm). Perhaps Fall will give us what Summer neglected, this year.

What a beautiful picture. Love it.

What a beautiful composition.