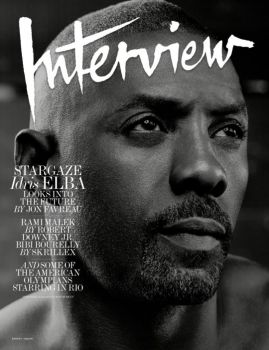 This is probably quite an old shot - Elba is slimmer in the face than he looks now - but definitely worth resurrecting, yes?
Created by gloriana Published 6 September 2016

I had never heard of the actress below until Luther, she was very good in her part,
rather scary, then the other day I saw A photo of her as Jane Eyre, and recognized
her. Now I have a question, below it states that she was in The Lone Ranger (was
this the movie with Johnnie Depp?) Saw this movie, recognized the actress, Ruth
Wilson. I just watched the trailer of Lone Ranger movie, so I answered my own
question, and I saw glimpses of.........

His breakout role was on The Wire. Since then he has had numerous roles, Prometheus, Mandela: The Long Road to Freedom, Pacific Rim, and others.

Enjoyed the series that he played in on PBS, had never heard or
seen him before that.