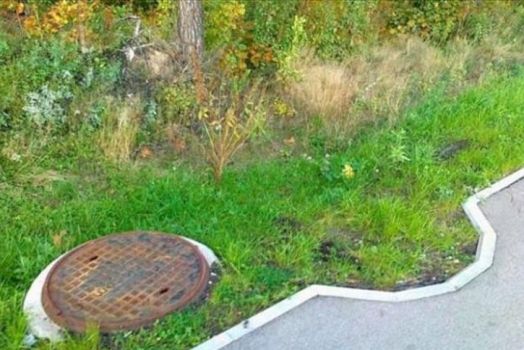 I’m just skimming because I’m trying to get to the top of my notifications before I starve to death.

Hahaha TIM - I have to admit, I read the first part, started to read 1. and 2., got a headache and skipped to the "When the site foreman..." : )
Educational and entertaining.

juba, that traumatic event could've made you shizo. That contractor was no sholar.

Let me elaborate on rob's observation.... the placement of this "penta-semi-circle" was designed by an engineer who combined the "Fibonacci Sequence" with a "Catalan Number". Simply stated:

1) Fibonacci numbers are related to Binet's formula which expresses the nth Fibonacci number in terms of n and the golden ratio, and implies that the ratio of two consecutive Fibonacci numbers tends to the golden ratio as n increases. And:
2) Catalan Numbers are a sequence of natural numbers that occurs in counting problems like following. 1) Count the number of expressions containing n pairs of parentheses which are correctly matched. For n = 3, possible expressions are ((())), ()(()), ()()(), (())(), (()()).*

When the site foreman received his instructions from the engineer, the foreman said "WTF!!!" (followed by the appropriate hand gesture) and told his crew "I DON'T CARE WHERE YOU PUT THE F***ing CIRCLE!!"

Now you know "the rest of the story"

* - BB, if you should read this comment, you may note the accuracy of the Fibonacci Sequence and the Catalan Number. I did the research and now everyone in Jigidiland are better people for it :-)

If your contractor got stuck on a roof you need a new contractor. : )

I have algebra on Tuesdays and Thursdays before noon. And I waited until noon Friday for the contractor that never showed. His shedule was all messed up. He was stuck up on a roof and couldn’t get off.

BTW, my dad once said, with mock scorn (this is a very important memory now) about anyone who pronounces schedule as "shedule": "I've heard that you could reply, 'Where'd you learn that... in shool?' "

But only if the other crew isn't scheduled to move this personhole into the 5-sided gap so kindly provided. That could be a 2 day job, or more...

So we should only schedule them before lunch on Tues. and Thurs.

So the Tuesday/Thursday crew would do better?

I think this work was done on Friday, or Monday, or Wednesday.