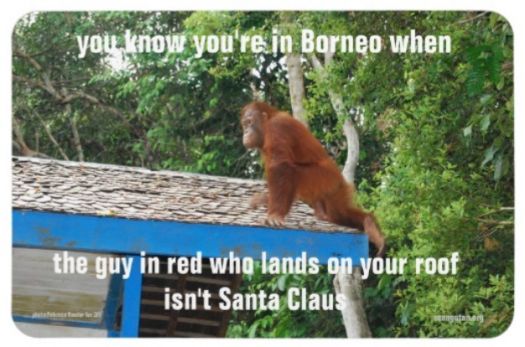 The island of Borneo is politically divided among which three countries?
Created by Stillmanic Published 14. Apr 2019

Didn't even try this one. Knew I'd be wrong anyway. No lost point (smile!).

Borneo is the third-largest island in the world and the largest in Asia. At the geographic centre of Maritime Southeast Asia, in relation to major Indonesian islands, it is located north of Java, west of Sulawesi, and east of Sumatra.
The island is politically divided among three countries: Malaysia and Brunei in the north and Indonesia to the south. Approximately 73% of the island is Indonesian territory. In the north, the East Malaysian states of Sabah and Sarawak make up about 26% of the island. Additionally, the Malaysian federal territory of Labuan is situated on a small island just off the coast of Borneo. The sovereign state of Brunei, located on the north coast, comprises about 1% of Borneo's land area. A little more than half of the island is in the Northern Hemisphere including Brunei and the Malaysian portion, while the Indonesian portion spans both the Northern and Southern hemispheres.
Borneo is home to one of the oldest rainforests in the world.

I didn't know and I have been there!

I just looked it up. I was completely wrong on all three.

That makes me two right, one wrong, and one clueless for today.

I can make a decent guess at two, but am less sure of the third.

I don't know this one and can't even make a guess.

Love this puzzle picture. Thanks Bonnie. No idea on the quiz question. LOL

LOL I'll send the picture to my grand-children

Did you ever hear a customer complain 'Waiter, there's an Orangutan in my soup!'

What do you call a monkey who can't hear the telephone and who has a wife called Tang?