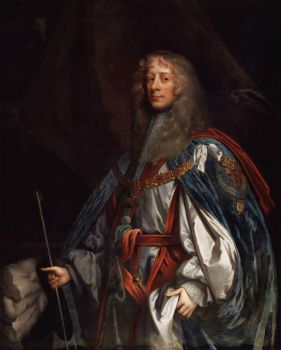 Created by Irishknight61 Published 18 June 2018
Why this advertisement?

James Butler was the eldest son of Thomas Butler, Viscount Thurles and of Elizabeth, Lady Thurles, daughter of Sir John Pointz of Iron Acton in Gloucestershire and his second wife Elizabeth Sydenham. His sister Elizabeth married Nicholas Purcell, 13th Baron of Loughmoe. James's paternal grandfather was Walter Butler, 11th Earl of Ormond. He was born at Clerkenwell, London, 19 October 1610, in the house of his maternal grandfather, Sir John Poyntz. Shortly after his birth, his parents returned to Ireland. The Butlers of Ormonde were an Old English dynasty who had dominated the southeast of Ireland since the Middle Ages