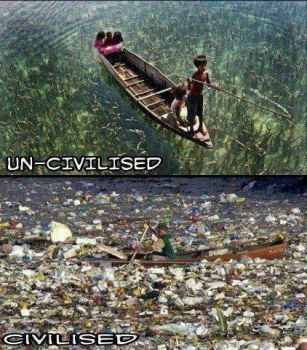 According to legend, Romulus and Remus founded what city?
Created by Stillmanic Published 21. May 2019

Latin in high school. Yes, in the 1960s we had to take two years of it, too, and it has stood me in good stead throughout my life. It's been a real blessing. My daughters had to endure the same regimen in the 1990s and it's paid off for them as well. Sadly, not so many high schools require it these days.

Of course, in my case it was extra interesting! We were taught Latin with a Pennsylvania Dutch accent! Our old gentleman teacher Woody Ortt had as thick a "Dutchy" accent as you can imagine. "In Latin there are no wubbias. Only wees, and the wees are pronounced like wubbias."

Easy one! Got it.

It's amazing how much Latin helps :))

I knew those years of taking Latin in high school would be useful one day. Thanks, Bonnie. Got this one.

In Roman mythology, Romulus and Remus are twin brothers, whose story tells the events that led to the founding of the city of Rome and the Roman Kingdom by Romulus. The killing of Remus by his brother, and other tales from their story, have inspired artists throughout the ages. Since ancient times, the image of the twins being suckled by a she-wolf has been a symbol of the city of Rome and the Roman people. Although the tale takes place before the founding of Rome around 750 BC, the earliest known written account of the myth is from the late 3rd century BC. Possible historical basis for the story, as well as whether the twins' myth was an original part of Roman myth or a later development, is a subject of ongoing debate.
Romulus and Remus were born in Alba Longa, one of the ancient Latin cities near the future site of Rome. Their mother, Rhea Silvia was a vestal virgin and the daughter of the former king, Numitor, who had been displaced by his brother Amulius. In some sources, Rhea Silvia conceived them when their father, the god Mars, visited her in a sacred grove dedicated to him. Through their mother, the twins were descended from Greek and Latin nobility.
Seeing them as a possible threat to his rule, King Amulius ordered them to be killed and they were abandoned on the bank of the river Tiber to die. They were saved by the god Tiberinus, Father of the River, and survived with the care of others, at the site of what would eventually become Rome. In the most well-known episode, the twins were suckled by a she-wolf, in a cave now known as the Lupercal. Eventually, they were adopted by Faustulus, a shepherd. They grew up tending flocks, unaware of their true identities. Over time, they became natural leaders and attracted a company of supporters from the community.
When they were young adults, they became involved in a dispute between supporters of Numitor and Amulius. As a result, Remus was taken prisoner and brought to Alba Longa. Both his grandfather and the king suspected his true identity. Romulus, meanwhile, had organized an effort to free his brother and set out with help for the city. During this time they learned of their past and joined forces with their grandfather to restore him to the throne. Amulius was killed and Numitor was reinstated as king of Alba. The twins set out to build a city of their own.
After arriving back in the area of the seven hills, they disagreed about the hill upon which to build. Romulus preferred the Palatine Hill, above the Lupercal; Remus preferred the Aventine Hill. When they could not resolve the dispute, they agreed to seek the gods' approval through a contest of augury. Remus first saw 6 auspicious birds but soon afterward, Romulus saw 12, and claimed to have won divine approval. The new dispute furthered the contention between them. In the aftermath, Remus was killed either by Romulus or by one of his supporters. Romulus then went on to found the city of Rome, its institutions, government, military and religious traditions. He reigned for many years as its first king.

Sure hope I've got *this* one!

Me too Heidi, we have made a right mess of this planet!

Give me ''uncivilised'' any day.

Know this one, Bonnie. Thanks.

Thanks, that's the little nudge my brain needed!

I'm sure this is another one that I once knew but is long forgotten.

What city cheats at exams?