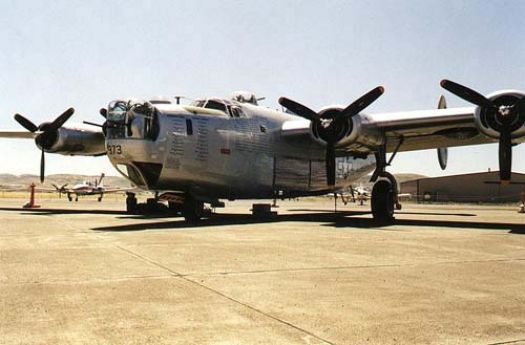 received in an old email
Created by smoky65 Published 15 September 2013
Why this advertisement?

It would be wise not to confuse this aircraft with the B-23 Dragon, which was a rare Douglas twin engine bomber, a modification of the B-18 Bolo. The Dragon was never used in combat. The aircraft in the puzzle is a Consolidated B-24 J Liberator operated by the Collings Foundation. It is the only B-24J which still flies. In active service this aircraft flew with the RAF, and then later with the Indian Air Force. Since being restored to flying condition, it has been repainted several times. For some years it wore a Pacific Theater scheme with extensive nose art: "The Dragon and His Tail". It has now been repainted as an Eighth Air Force bomber called "Witchcraft".