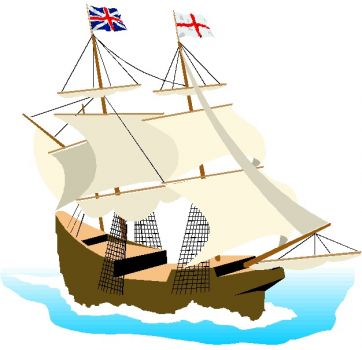 It's 2018 and in 2020, the 400th anniversary of Pilgrims journey (across the sea onboard the ship, the 'Mayflower') will no doubt be commemorated and celebrated, particularly in the USA and how far that nation has come in that time.

By 1820 (less than 200 years after this journey) the United States of America was a young country on an expansion to the south and west. It was estimated it could take another 1,000 years to colonize the rest of North America.

By 1920, in just another 100 years had seen the Industrial Revolution power, open up the country with migration and new inventions like the steam locomotive, a civil war and gold rushes, made the country open up fast and create a nation completely united from north and south and from east to west. The Indian Wars were over, as was The Great War (WWI), new inventions like the telephone, motor car, economic power house and much more, had turned the USA into a world power and would see it become a superpower in just another 25 years time.

By 2020, the USA would be an economic, political and military giant, leading the way in world globalisation and with plans after landing the Moon (1969) to preparing a mission to Mars, in a day of computing, mobile/cell phones, television, satellites, and much, much more.

Not bad for a country that just had less than a 150 people make a new settlement under extremely trying conditions, just 400 years earlier.


To put it into context:

2) (France) Paris in in 52 BCE and France (no clear single date) but first in 486 (Frankish tribes unified under Merovingian kingship); 10th August 843 (Western Francia established from the division of the Carolingian Empire); 14th July 1789 French Republic - in total around 1,839 years to get to the first French Republic.

3) (UK) London established in 50 A.D. - England unified in the early 900s. Conquest of Wales made a unified country in 1215, conquest of Ireland (British Isles) - Acts of Union in 1707 created Great Britain and the (Acts of Union 1800 passed by each parliament, uniting the two kingdoms (England, Wales & Scotland now adding Ireland) into one, called "The United Kingdom of Great Britain and Ireland"). Devolution started in the 20th Century - first with the Republic of Ireland in 1922 and continues today. UK took 1,750 years to reach unification.

The USA was in the right place at the right time, to take advantage of new opportunities and inventions, to expanding their nation quickly in comparison to others before them.

The Mayflower was an English ship that famously transported the first English Puritans, known today as the Pilgrims, from Plymouth, England to the New World in 1620. There were 102 passengers, and the crew is estimated to have been about 30, but the exact number is unknown. This voyage has become an iconic story in some of the earliest annals of American history, with its story of death and of survival in the harsh New England winter environment. The culmination of the voyage in the signing of the Mayflower Compact was an event which established a rudimentary form of democracy, with each member contributing to the welfare of the community.


Note:
To see all my posted colourful CA images, click the 'Puzzle' tab, then the 'Search' tab and type or copy in 'colourful ca'


For the next in the CA series, see here:
https://www.jigidi.com/created.php?id=XOYKI4XW

For the previous CA one, see here:
https://www.jigidi.com/created.php?id=9232SO29

For the first one in this CA series, see here:
https://www.jigidi.com/created.php?id=98CJP9X0

If you would like to start from CA 0200 (this is after Halloween 2017), see here:
https://www.jigidi.com/created.php?id=FBID61JE
Created by wobblybear Published 20 May 2018
Why this advertisement?