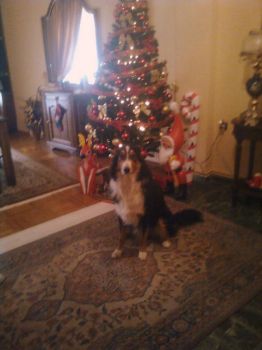 Created by leotox889 Published 2 January 2014
Why this advertisement?

I just got this from a friend of Mag's and thought you would want to know.
Hi Jetmech7 Firstly, thank you so much for posting this card for Mags! Howzit has gone on a business trip & I am currently house sitting for Mags. She was posting something to a Lady ?somebody - she can't remember who, when she passed out at her computer. She told BigM that she had got a star and she "Must Find Out Why!" We thought she was rambling so I told her not to worry, that the teacher would tell her later. That made her more confused. I'm afraid I caused her more confusion than her concussion. :-( She had to be re-admitted to hospital, after coming out too soon. She's clear headed one minute then next thing she's back in February, 2013! The doc says it will just take time for the brain 'bruising' to heal. She will probably come out this weekend. The accident happened when she had stopped in the centre lane at a traffic light. A minibus taxi was on her right. When the light turned green, the minibus taxi suddenly decided to turn left in front of her, knocking the front wheel of her BMW & she was also hit by the car on her left. Thank goodness the crash bars & fairing gave her some protection, but she had a double impact to her helmet, which, although it is a good one, she still took quite a bashing! The car behind the taxi, in the meantime, had hit the back of her bike as it swung out from the initial impact from the taxi. It's badly damaged. If only she had been in a car! She'd been doing some freelance work at the studio & was going to have breakfast at the beach & watch the sun rise before going home, like she used to do for years with no problem! Sorry this is so long, but I just wanted to put you in the picture. On behalf of Mags Thank You for your good wishes.