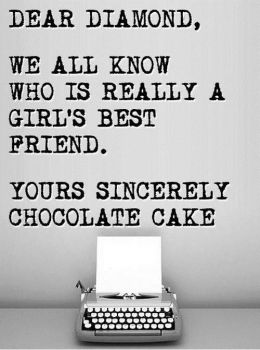 “A Diamond is Forever” is a famous advertising slogan created in 1947 for what company?
Created by Stillmanic Published 12 June 2019

Trouble is it is sometimes the front that drops out and leaves the butterfly behind!

I like the little silicone backing. They are like little stoppers. You can buy a bag full and replace all the little butterfly ones you've lost. lol

I wear hoop style, they have a diamond on, but don't come off easily. I don't wear the ones with the 'butterfly' back as they always get lost. I tend to stick to one pair and they only get taken off to be cleaned.

That's true. But since I have lost earrings before, I tell my husband not to get me diamond earrings as I'm sure I'd lose one.

This one seems to have been a bit of a poser. Before I knew the answer I too thought Tiffany's.

Never mind Judy and Heidi (and me), onwards and upwards :))

Heidi,
Though I've heard of DeBeer's, it is not something that comes to my mind easily.
You're right GMTA. :-))

GMTA, Jals. I thought Tiffany's, too.

I didn't get this one. I was thinking Tiffany's.

Woo Hoo! I got the correct answer! :D

Got this one. Thanks, Bonnie.

No. I can't remember what my answer was but it wasn't De Beers.

De Beers Group is an international corporation that specialises in diamond exploration, diamond mining, diamond retail, diamond trading and industrial diamond manufacturing sectors. The company is currently active in open-pit, large-scale alluvial, coastal and deep sea mining. It operates in 35 countries and mining takes place in Botswana, Namibia, South Africa and Canada. Until the start of the 21st century, De Beers effectively had total control over the diamond market as a monopoly. Competition has since dismantled the complete monopoly, though the De Beers Group still sells approximately 35% of the world's rough diamond production through its global sightholder and auction sales businesses.
The company was founded in 1888 by British businessman Cecil Rhodes, who was financed by the South African diamond magnate Alfred Beit and the London-based N M Rothschild & Sons bank. In 1926, Ernest Oppenheimer, an immigrant to Britain and later South Africa who had earlier founded mining company Anglo American plc with American financier J.P. Morgan, was elected to the board of De Beers. He built and consolidated the company's global monopoly over the diamond industry until his death in 1957. During this time, he was involved in a number of controversies, including price fixing and trust behaviour, and was accused of not releasing industrial diamonds for the U.S. war effort during World War II.
In 2011, Anglo American took control of De Beers after buying the Oppenheimer's family stake of 40 percent for US$5.1 billion (£3.2 billion) and increasing its stake to 85 percent, ending the 80-year Oppenheimer control of the company. In 2018, De Beers became the first diamond company to announce that it would track its diamonds using blockchain technology, though this technology has not yet been rolled out.

The best moment in the recent Get Smart movie was Hymie:

"I don't see a man, I see two little girls. I think I'll call you Marie, and you Brittany."

I've got a good guess, even though our more recent advertisements are for Kay's, "Every kiss begins with Kays."

And I fully approve of the Max Smart/Don Adams avatar, too, Max.

And definitely the original, Max, telling the truth, I didn’t watch any with his substitute, dont even know who he is. Fay.

I think I know which company this is but am not sure. Thanks, Bonnie.

Haha, yes. Fowly put me in my place!

I like it!
I know who to call upon to set you straight the next time you get out of line.

(And only the ORIGINAL Maxwell Smart will do!)

Please do!
Thank you Fowly!!!

I dont know who the previous avatar of yours was, Max, I thought it looked like a serene John McEnroe???? Get rid of this one quick smart.....please......Maxwell Smart would suite you better. Fay.

The new avatar looks like a mass murderer, Max.

(My real guess was wrong--off to an awesome start today!)

Two intoxicated men dared each other to test their courage against an intercity train at a Rotterdam train station. At 1800 hours on a Sunday evening, the station was crowded with more than 300 fans returning from a soccer-match pitting Feyenoord against Ajax at De Kuip, the most beautiful soccer stadium in Holland.
The two men stepped off the platform and strode forth onto the tracks. One super daredevil lay down between the tracks, intending to prove that the entire train would pass over him. What a story to tell! His friend was less confident and he merely knelt down next to the track and kept his head as close as possible to where he thought the train's profile would be. Turns out that the 130 km/h train that came down the track some seconds later was both lower and wider than they thought. They were killed instantly.
The 300+ onlookers on the platform were none too pleased by the spectacle, and train traffic was interrupted for several hours while authorities cleaned up the mess.