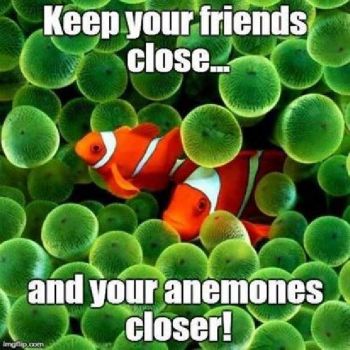 Which of these was the animal that terrorised the residents of Black Lake in the film Lake Placid?
a) Shark
b) Conga eel
c) Giant squid
d) Catfish
e) Stingray
f) Crocodile
z) Hoff’s arch enemy
Created by Stillmanic Published 4 August 2021

Some of the massive fish/animals were amazing!

Yep. That's where I heard about those catfish on the Amazon.

Have you ever seen the TV programme with Jeremy Wade?

Oops... I misspoke. Catfish ARE found in upstate New York, but not in the size that is a danger to humans. I've only heard of catfish attacking and eating people on the Amazon River.

I would have gone with shark too :)

I never saw the film, so had to guess. None of those critters are found in an upstate New York lake, so none are plausible. I ruled out the squid and the stingray since they are completely salt-water critters. Bull Sharks HAVE been known to adapt to fresh water (some have been found in Lake Nicaragua, and other fresh water likes with access to oceans. They've even been seen as far as 60 miles up the Mississippi River, and well into New York and New Jersey rivers, like the Raritan). So because of that, I chose a).

Lake Placid is a 1999 American horror film written by David E. Kelley and directed by Steve Miner. It is the first instalment in the Lake Placid film series. It stars Bill Pullman, Bridget Fonda, Oliver Platt, Brendan Gleeson, Betty White, Meredith Salenger, and Mariska Hargitay. The plot revolves around a giant, 30-foot-long monstrous saltwater crocodile which terrorizes the fictional location of Black Lake, Maine, United States, (though there is a real Black Lake located in Fort Kent, Maine) and also follows a dysfunctional group who attempt to capture or kill the beast.
Lake Placid was produced by Fox 2000 Pictures and Stan Winston Studios (which did the special effects for the creatures) and principal photography was shot in British Columbia, Canada. The film was distributed by 20th Century Fox and released in theatres in the U.S. on July 16, 1999, and in the United Kingdom on March 31, 2000. It grossed $56.9 million worldwide and was followed by five low budget made-for-television sequels, starting with Lake Placid 2 in 2007.
Plot
In Aroostook County, Maine, Fish and Game officer Walt Lawson is scuba diving in Black Lake when he is suddenly attacked and bitten in half by an unknown creature.
Weeks later, Sheriff Hank Keough, Fish and Game officer Jack Wells, and American Museum of Natural History palaeontologist Kelly Scott go to the lake to investigate the incident with mythology professor and crocodile enthusiast Hector Cyr joining them. Kelly and Hank's canoe is forcefully flipped over, they discover a severed human toe and a moose head, and finally Hank's deputy, Burke, has his head bitten off by a creature in the lake.
The following day, as Hank and Hector argue, a large black bear attacks them, but a gigantic 30 ft (9.1 m) long saltwater crocodile leaps out of the water, snatches the animal in its jaws, and drags it into the lake. After finding Burke's severed head, Jack, Kelly, and Hank witness Delores Bickerman, an elderly widow living near the lake, feeding a blindfolded dairy cow to the giant crocodile. She reveals that she has been feeding the reptile for years after the crocodile followed her husband home and eventually killed him. Afterwards, she was placed under house arrest for initially lying to the police.
Hector decides to take Deputy Sharon Gare on a trip in his helicopter and unexpectedly lands it in the crocodile's territory. While he is scuba diving, he is confronted by the creature, but he and Gare escape after distracting it with an inflatable raft. Later, Jack and Hank plan to allow Florida Fish and Game to kill the crocodile when they arrive, but Hector suggests instead that he should lure it out of the water and tranquilize it into unconsciousness. Jack reluctantly accepts the proposal and they use one of Bickerman's cattle, dangled from the helicopter, as bait.
After a few hours, the crocodile soon appears and rears up as it lunges at its prey. Hector pulls up and loses the animal, but crashes the helicopter into the lake. The crocodile comes on land and begins to attack Jack, Kelly and the group. Kelly is knocked into the lake by the crocodile's tail, but she makes it into the helicopter in time. The crocodile catches up to Kelly and attacks again, but is itself trapped in the helicopter. Jack grabs a gun and shoots it, but the firearm turns out to be a tranquiliser rifle. As Hector comes out of the water, another crocodile attacks and bites him, but Hank blows it up with his grenade launcher. Soon after, Florida Fish and Game officers arrive, where they load the neutralized crocodile onto a truck and take it to Portland, Maine to figure out what to do with it.
One week later, Bickerman is shown feeding bread crumbs to many baby crocodiles, revealing the two adults were actually a mating pair. The surviving adult crocodile is later seen tied to the back of a flat-bed truck, speeding down a road to an unknown location.

I don't care to meet up with any of these. Thanks Bonnie.

Good one Bonnie. I should know this. The movie was awful

Lake Placid, Olympics 1980 - it must be a speed skater taking the low road.

How does Albus get into Hogwarts?