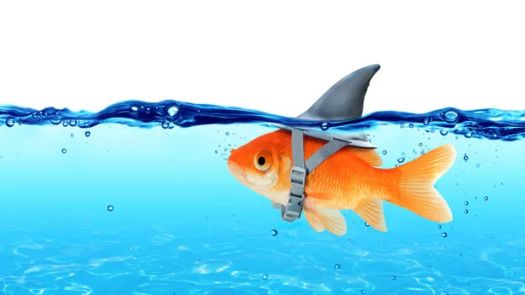 Traditionally, the term “caviar” refers to the salt-cured roe of which fish?
Created by Stillmanic Published 22 July 2019

Yes, and NEVER try to rumble with the Shinto Shriners.

Another fact I was unaware of.

They are of a fine Elk indeed.

I'm always delighted to impart knowledge from all my years of co-mingling with my Chniaese friends at the Maooose Lodge.

Thank you Max, I am able to grasp so much knowledge from you.

The Jaapnese are more feudal, so they're more likely to resist gravity. The Chniaese don't try to fight lunar pull.

The Jaapnese are not as tall as the Chniaese, are they? Is this due to less lunar pull, and lower altitude?

Last century, they would have been made in Jaapn.

These comments were made in Chnia.

It's sure a great country, Chnia. I wish I'd been born there. Well, no, then I wouldn't have been an American, but I almost wish it.

As well as the tidal pull, twice a day, from the Moon. This effect is more pronounced for the tall, water retentive Chnia-ese.

Especially the closer you get to Tibet, due to high altitude.

Oh sure, but Yao one one of the shorter ones in Chnia. Tall people, the Chnia-ese.

So you hung around with Yao Ming? He was my favorite Chnia-ese basketball player.

I have fond memories of my time in Chnia! All those tall people around me (and I'm 6'2") and they were so good at making sneakers and running shoes, plastic toys, all kinds of cheap little junk. Yes, good times indeed.

His avatar looks like a Walmart-import* centaur...though I did get quite a kick from it.

And he can kick with all of them!!!

But msbonne has twice as many.

The legs are more reminiscent of Epstein.

But you ARE a cold fish, with a nasty kick.

But nor Horshack. He was not a good student.

Bummer, now I am just a cold fish.

With a conglomerated body like msbonne has at the moment he can run like the wind and swim like a fish.......and he still has that sideways glance Max-Tooney. (He was hotter as an otter). Fay.

Hmmm, something fishy going on here.

That sideways glance always gets to me.

There should be a claws here as to the depths we can go.

Has a bad effect on the children, some end up as a prawn star!

I had no idea that Barbie was into shrimp. Seems an odd fetish to put into a childs doll.

Time to. Throw another shrimp on the barbie Max. (An old TV travel ad by Paul Hogan..Crocodile Dundee). Fay

I am just all wet.

My goal has always been to be osmosis funny as the rest of you.

Some of us barely avoided a-salt charges over these musings.

Have we all fathom ed this one out now??? Let it sleep in the deep. Fay.

Well, its halibut the time he got caught caught, hook line and sinker,we are making a monkeyfish out of him. Time to put him `Asleep in the Deep’. (Trouble is we keep finding more puns to post)

That is knot a good place to be. There is usually a line there too.

He took a looong walk on a short plank and ended up in Davey Jones’ locker.

I thought he Fin ished.

Oh buoy, still at it are we; wed better tuna da piano for the sea shanty that Barnacle Bill is hosting.

Oh buoy, when krill this one end???? I have hadock a good nights sleep, and you are still pylon it on. Fay.

Had the wrong species, but I sure did have to fish deep to find the right one!

Now you can walk as I do, with the Wyndham my hair and the sun in my face.

I'm ahead? It's my first lead in Days Inn days.

I hate that I even resorted to that.

That was Lowes, even for you. I think you are more Omni potent than that.

So it's the Hampton Inn?

No, it's the one in the Hamptons.

Is that the Liver Pool?

Stay in the shallow end of the pool.

I would prefer roeing, Wading is dangerous with the sharks.

I'll wait it out. Roe v. Wade is under review.

or better yet, not!

perhaps we need to come about and start on a new tack.

You have sunk to new depths with that one.

You're in a league of your own.

I cannot fathom that.

Not a problem. I'm in anchor management.

Yeah, I kinda dragged bottom there.

I think you are in seine.

My net worth is amazing.

Now you are just trolling me.

Throw it straight. You know I can't hit a sinker. (No one else can either, apparently...)

I can throw you a line.

I was considering this while preparing barb-e-que...

I think you are hooked on these.

Watch it yourself pal, or I will cast you out.

I am afraid eel be back, so ya better tuna de piano . Goodnight folks. Fay

I am not taking the bait.

Have you no remoras?

That is a whale of a tale Max, Orca n you back it up?

Thanks for my final laugh of the day Max speak-no-evil Tooney. Ahab had a good time reading all these comments. Fay