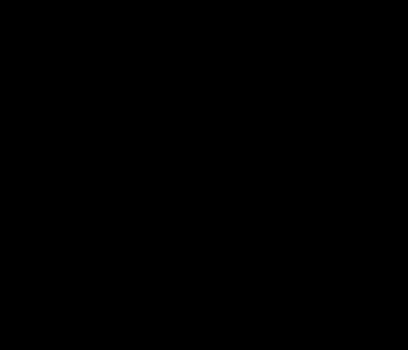 Created by madpol Published 9 November 2016
Why this advertisement?

It is four years later and we survived. And yes, I am better off than I was four years ago. Thanks for the fun puzzle

I found this interesting about how we can all help...
https://www.linkedin.com/pulse/we-people-l-david-marquet?published=t

You really think you just threw out the "oligarchy and corruption"?! You just invited them in, instead. Trump? Steve Bannon? NOW we are the brink of disaster, and the only children who might have a chance to be safe and secure are the offspring of rich WASPs......

Thanks for sharing that zippityzip! Love your name :0))

Thank you zipittyzip. We just threw out the oligarchy, the corruption, the lies, the evil and we will be working hard to bring our great country back from the brink of disaster, so our children's lives will be safe and secure in their pursuit of happiness.

Please, dear friends keep the UNITED States united. You are a great country My great fear is that you will become a bunch of squabbling territories; for the arms dealers delight. Vote with your wallets. Spend your money on each other not on the oligarchy, the corporations that hold you hostage and back chaos. Blessings on you.

Thanks Debbie, I didn't know all that..
I truly hope you and your country will be okay

Harrysmom, I can understand you are sickened and frightened.. I am not an American, and it affects me too.. So it must be so bad for you all.. :-(( I really feel for you. Let's just hope the damage won't be as bad as we expect.. Thanks for your comment

Magda !!! I am SO glad to see you ! I was convinced you were sick or something.. Please do take good care of yourself.. And your PC.. well, that is just so annoying.. Mine is terrible too, I'm getting a new one next Thursday.. Jippieee !! Magda, I will hold you to your promise, you will be back.. And I love you too.. Take care ! xxxx

yes Kirsten, I read somewhere you were so shocked too.. Well, who wasn't..? let's just hope his four years won't be as terrible as expected.... :-(

I agree wholeheartedly. More wars for Muslim countries.
Actually I wanted to tell you that I am still alive and kicking. My stay in Lahore was extended to almost 2 Months, due to health problems. Nothing serious, just my age reminding me.....
Since I am back hoe in >Karachi my PC acts up. I cannt solve puzzles anymore, as the pieces seem to stick to the mouse. And as my computer is mainly in French, I doubt I can find soeone to help.
Therefore I have left jigidi for the time being. But I will be back.
Love you.

Thanks for the clarification DebbieH that is an excellent point. I appreciate it. But the the thing is; is that it is not over until it is over, and change is inevitable. Somebody once said that people get the leaders they deserve. No matter what I think that there was a huge desire for change and maybe Trump isn't the change so much as he will be the catalyst of great change. There are a lot of good and strong people in your country and I believe that you can make something great happen. Here's hoping. Wishing you many rabbits out of the hat.

I live in New Hampshire, which is maddening unto itself during an election year, as it's always a battleground state. And as bad as things have gotten in past years, nothing compares to what was witnessed in this election. I am sickened and frightened for America and the world. It truly was "A Black Day" for all of us, including those that so foolishly elected this megalomaniac. I hope that we all come out of this four years down the line, alive, at the very least. Thank you madpol for sharing this. It needed to be put out there, even (or perhaps especially) on Jigidi.

Thanks for posting the puzzle -- and giving so many people an opportunity to share. I just want to clarify (as a 65-year old American) that the U.S. was never a democracy. It is technically a representative democracy, which is actually a contradiction. A real democracy is what existed in North America before Europeans invaded. The American Indian traditions, especially the Iroquois Confederacy in NE U.S., was a model for the U.S. Except that the "founding fathers" forgot a few key aspects of the Iroquois Constitution: (1) a 5-year sunset clause (which means it had to be re-approved every five years -- and was for about 500 years!, (2) women's and men's councils, working separately but together for the good of all. Women in the U.S. and elsewhere would do well to read how American Indian women had all the rights and authority that we are still fighting for. In fact, the clan mothers set the agenda.

Thanks to all of you for your supportive comments for the U.S. at this moment.

It is, Danka.. Thanks

Hi Suemarie, thanks. I hesitated to post it, but I just had to express what I feel..

Thanks Zipittyzip, you are right, no longer a democracy.. :-((

John, thanks.. Yes, it is so sad that it causes arguments between friends.. :-(( You be well too, my friend

yes Lil, it IS shocking.. I wish you good luck explaining to Jo.. I hope some day she will understand.. But I guess she won't care, she has a great boss, and that is what counts for her.. ;-)

A SHOCKER! I'll say. I live in Vermont. At least WE went pretty solidly AGAINST trump. Now, I have to figure out how to explain this to my dog, Jo. She knows something is wrong but can't figure out what. Motherbrew

Great puzzle Maddie just the state of the world, the EU in a mess GB voted to leave, and not being an American i cannot argue over who they have elected to run their country. But ref. GB leaving the EU we voted for a common market not a state that would rule our country but there politics cause so many arguments between friends i will leave it there see you soon stay safe and well John ʕ•ᴥ•ʔ

I grieve for you, my dears. No longer a democracy, just an oligarchy for the multinationals. It is called marketing. Be strong. Vote back with your wallets. It is your best defense. God bless.

I was going to post this exact puzzle myself, but you've done it for me--a very, very, VERY black day indeed.........

Yes, I know that, but I don't mean to be mean, but don't they THINK? Those Trump voters? Don't they have a brain? If democracy has those consequences, ... Well I don't know..

I would explain it to you Maddie, if only I could! What was said on TV was that the middle class Americans were unhappy with the government the way it is and wanted change and Trump promised them that. That's the best explanation I have.

I'm sorry for you..
I wonder what Putin is gonna say.. He will be glad. I live in Holland, and practically nobody here understands..

Ohio was a "battleground" state which Trump won in all the rural areas. Clinton won in the urban areas. My county (Clermont) went to Trump.

What does "breaking your soap box" mean? Oh I think I understand , never mind. I saw you are in Ohio.. Was that a Trump-minded state? I don't envy you guys, and I think you're right, this is BAD news for the whole world.. Thanks Joe

Wjl1015.. I didn't stay up, but I was so shocked this morning when I heard.. Thanks for your comment

Manicpuzzler, I feel the same way. There seems to be a list, Trump on the left side and Hitler on the right side (or vice versa, I don't know). The things that are said on that list about both men, are almost the same.. I'm very worried too, for many people..

I stayed up for this?

yes.. :-(( What is going to become of The United States??
Thanks manicpuzzler

Indeed the world is gonna die!