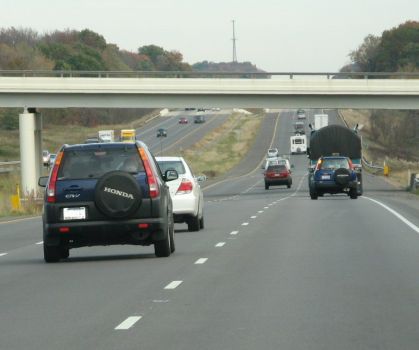 Glad you liked it, @gogogo :D

Thank you for this puzzle - I enjoyed working it. :-)

I bought a new 1999 CR-V and drove it for 10 years. I sold the 1999 to a friend, and he's still driving it. The 1999 CR-V was replaced by a 2006 CR-V, which I bought used in 2009 and drove for 5 years, and then traded it in for a new 2014 CR-V, which I'm still driving. The 2006 CR-V was still running fine, but Honda had announced that they were switching future CR-V models in the USA to CVT type transmissions, and I decided to buy a 2014 with a regular automatic transmission. 2006 was the last year Honda sold CR-Vs with manual transmissions in the USA.

Both the 1999 and 2006 CR-Vs were 5 speed manual transmission versions, which are very rare in the USA.

When I first started looking at 2014 CR-Vs the first dealer I went too said they weren't really interested in the 2006 CR-V, saying that manual transmission vehicles were impossible to sell. I called another Honda dealer and talked to a salesman about trading in the 2006 CR-V. When I mentioned it was a manual transmission, he got very excited, and told me they had a waiting list of people who wanted the manual transmission models. And, the second dealer gave me a better purchase price on the same model of 2014 CR-V, saving me almost US $2,000 on the deal.

I checked back with the second dealership a few weeks later, and learned that the 2006 CR-V (the one the first dealership said was impossible to sell) was sold within a couple of days of my trading it in.

These are fairly popular vehicles in our area, as well.